Tougher Times Ahead? How Turkey's Foreign Policy Could Change After Referendum 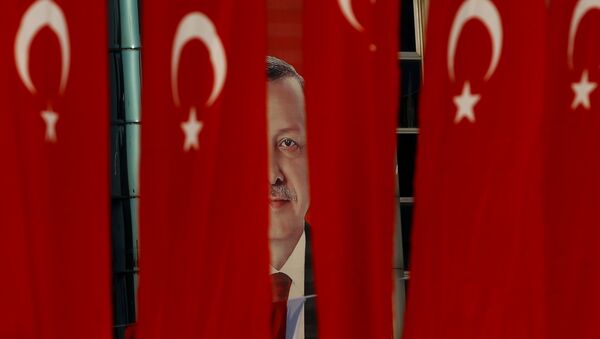 Speaking to Sputnik Turkey, a number of Turkish experts commented on how their country's foreign policy will develop following last week's constitutional referendum in Turkey, in which President Erdogan claims to have received a majority "yes" vote to expand his presidential authority.

Referendum Controversy: Why Turkey's Weakness Not in the Interest of Russia
Last Sunday, Turkish President Recep Tayyip Erdogan declared victory in a national referendum to replace his country's parliamentary system with an all-powerful presidency and abolish the office of Prime Minister, with the "Yes" camp receiving 51.5 percent of the vote.

In an interview with Sputnik Turkey, political analyst Serhat Guvenc said that the results of the referendum may indicate a possible escalation of tensions in the relationship between Ankara and Brussels, should the sides fail to arrive at a consensus during talks.

In this vein, he referred to what he described as German Chancellor Angela Merkel's "cautious statement" about the Turkish referendum results. 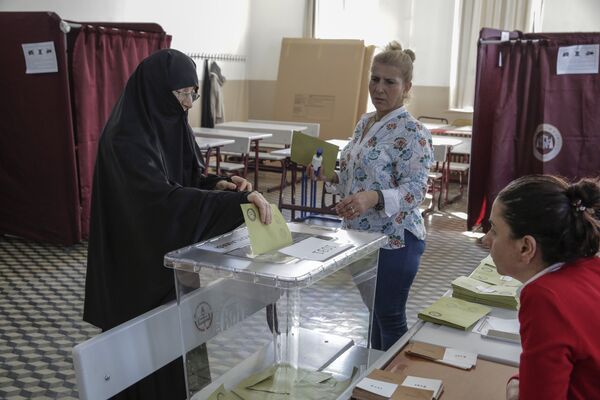 Voting at a polling station during the referendum in Istanbul. File photo
© Sputnik / Erhan Demirtas

"The tight outcome of the vote shows how deeply Turkish society is divided. This means a lot of responsibility for the Turkish leadership and personally for President [Recep Tayyip] Erdogan. The German government expects that now, after the tough pre-referendum campaign, the Turkish authorities will look for a respectful dialogue with all political and social forces within the country," Merkel said.

Guvenc described Merkel's statement as "a kind of message indicating that the overwhelming majority, namely, 55-60 percent of the population, did not support constitutional amendments in Turkey.

"From the standpoint of their negotiating position, Europeans say that in the coming months they will see a less-powerful-than- expected Recep Tayyip Erdogan. This means more tension in ties between Brussels and Ankara unless the sides sit at the negotiating table to try to reach a consensus. If this does not happen, we will witness far-reaching consequences," Guvenc said.

Recalling that after the announcement of the unofficial results of the referendum, President Erdogan again touched upon the re-introduction of the death penalty in Turkey and a possible referendum on the matter. Guvenc said that "the return of capital punishment [in Turkey] will actually become a death sentence for Turkey-EU relations."

"I believe that the issue will be clarified after EU and US officials make relevant statements. As for Turkey, if it is unable to establish relations with the US after possibly breaking ties with the EU, the question will arise how Ankara will influence the region on its own," he added.

In this regard, Guvenc did not rule out that "at the beginning, stern statements can be made, which can be followed by several steps backward."

"Such steps can pave the way for the strategic improvement of relations. But if this does not bring the expected result, we will be able to witness the end of Turkey's "European travel' to the EU," he pointed out.

Suggesting that the coming months aren't likely to see an improvement in ties between Turkey and the EU, Guvenc said that "it can be explained by the fact that the referendum did not bring the results that were supposed to change the negotiating position of the parties."

"The president did not get the expected support, but the opponents of the amendments did not win either. So the referendum results failed to help completely reverse the balance of power in Turkey's relations with the West in a positive or negative way. It may occur in response to some actions of the Turkish President in the future, but right now it is impossible to predict what will happen because only time will tell," Guvenc concluded.

Political analyst Orhan Bursali, for his part, told Sputnik Turkey that after the referendum Turkish authorities should review their Middle East policy, which he said may be changed due to the difficult situation in which the country has found itself in the region.

Referendum Allows Erdogan to Transform Turkey Into 'Islamist Autocracy'
"Turkey is already facing a whole array of regional issues and challenges. With this in mind, Turkey must, first of all, abandon its mistaken Syrian policy, the main task of which is to ouster [Syrian President] Assad, namely, a policy that could lead to a split in Syria," Bursali said.

He added that "Turkish authorities have not yet scrapped this strategy with regard to the Syrian state, but now, after the referendum, it must be drastically reviewed as soon as possible."