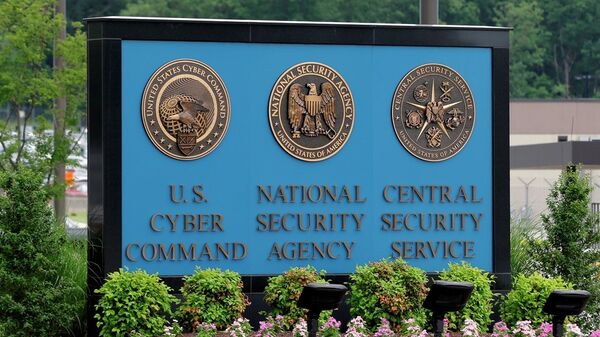 "SWIFT is a financial backbone of the world. It is how banking institutions transfer and send money between each other. The SWIFT network is the way in which money moves between these financial institutions. So, somebody trying to target the SWIFT infrastructure would be able to get visibility on cash positions, cash movements…. It would give them a greater scope and access for reviewing and, indeed, trying to manipulate any of that financial records," the expert said.

Google, Samsung Legally Unable to Protect Data From NSA Hacking - NGO
Answering the question of whether a penetration of the SWIFT banking system poses a treat to transnational financial transactions made via SWIFT, Hickey said:

"The SWIFT network as a messaging network being compromised is extremely worrying. For an average individual it shouldn't directly cause [any damage], it is much more of a concern for the financial institutions themselves," the expert said. "An attack on the SWIFT network… could cause havoc with financial markets around the world," he added.

The latest leak of the hacking group Shadow Brokers appears to indicate that the NSA had infiltrated two of SWIFT's service bureaus.

Given that the SWIFT system is used by banks to transfer trillions of dollars each day, the release raises concerns that one of the world's most secure methods of making payment orders has been compromised.

"If they have access to global networks like SWIFT, then they have effectively got the backbone of the world's financial institutions." Hickey said. "So it is a great cause for concern that something like this may have been targeted."