'Hand of the Kremlin'? Out of 11 French Presidential Candidates, 7 'Pro-Putin' 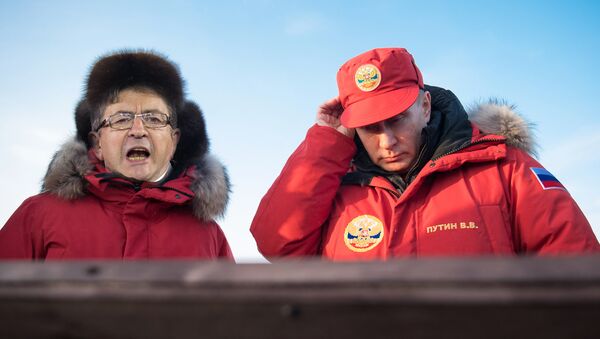 The Russians Did It
All materials
It is official: Pro-Russian sentiments are a contagious virus. French newspaper L’Express published an article titled "Presidential election: 11 candidates, 7 pro-Putin." Sputnik invites you to take a look at pictures depicting the best traditions of "the hand of the Kremlin." Our editorial team warns: be advised of not taking them too seriously!

French Presidential Hopeful Melenchon Rise in Polls Eclipses Survey Leaders
A week before the presidential vote, French journalists are working hard to prevent people from making the wrong choice. This is quite possible, taking into account the fact that the majority of the candidates have shaken hands with the Kremlin, they have no idea what this handshake entails.

In an inquisitive article, L’Express once again brought up the subject of pro-Russia sentiments among the candidates and criticized Sputnik and RT for their support of this pro-Kremlin trend. Let’s take a look at those "fascinated by the master of the Kremlin" and explore why these candidates have been labeled "pro-Russian."

For its own part, Sputnik presents a series of pictures made specifically for this purpose.

Said to be a good friend of Russian President Vladimir Putin, François Fillon is on the top of the list. Other candidates should learn a lesson from Fillon’s campaign: first, he stresses maintaining a healthy friendship with Moscow and then calls for constructive dialogue with the "Russian bear."

"We can either look for enemies and prepare for a confrontation or engage in serious and open dialogue in order to lay the groundwork for European security," the candidate said. 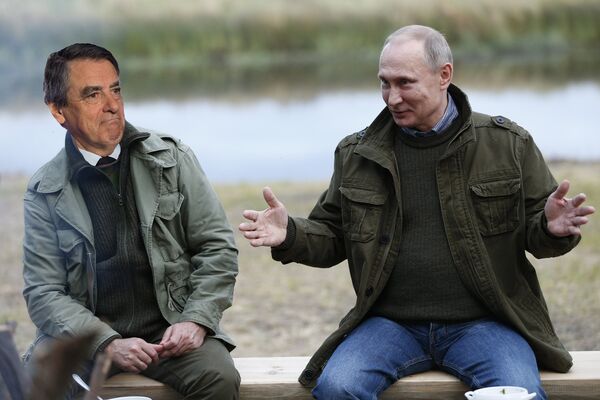 Fillon has also repeatedly called for the removal of Western sanctions against Russia, which is also regarded as a sign of his belonging to the camp of Putin’s disciples. Between Russia and Europe, "there should not be a confrontation under a regime of threats and sanctions," Fillon said in January.

Another sensitive matter is the recognition of Crimea as part of Russia. The only argument here is that Fillon insisted on the right of people to self-determination and called to settle the Crimean issue with the UN framework. Of course, experts know better than everyone when they see the "hand of the Kremlin" in those statements.

Moreover, Fillon has been known for being quite pessimistic about NATO.

"In many cases, the policy of the United States spearheading NATO is not the solution against Islamic radicalism. This policy is rather a problem itself," he said.

US Syria Strikes 'Understandable' - Fillon
In addition, L’Express cited another remark by Fillon who said that it is regrettable that "there has been no intention to form a military and strategic coalition with Russia to settle the crisis in Syria."

However, for some unknown reasons, L’Express ignored a recent statement by Fillon on US President Donald Trump’s decision to launch a missile strike on a Syrian airbase.

"This US response, which is understandable given the horror of the chemical attacks, should not lead to a direct confrontation of the Western forces with those of Russia or Iran. That would be a terrible danger to peace," the candidate said in a press release.

Maybe, this was a kind of pro-Putin joke?

The leader of the National Front far-right movement has also been accused of intending to establish constructive dialogue with Russia (Fillon’s lesson has not been learned!).

"Russia is a decisive element of the balance of power that could bring peace to the world," Le Pen said.

As for Crimea, she said that its reunification with Russia "was not illegitimate." She has also criticized anti-Russian sanctions, calling them "stupid and counterproductive." 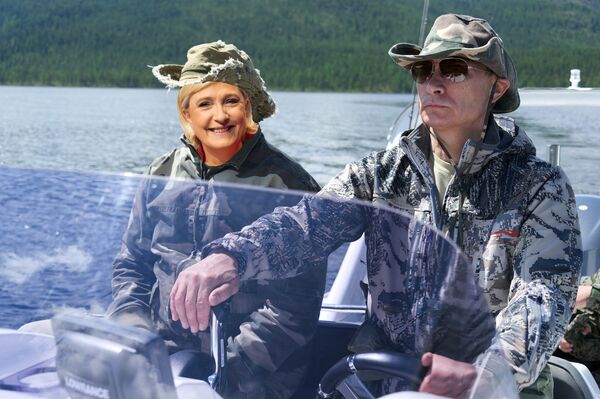 The candidate representing the Unsubmissive France movement has been criticized for his stance toward anti-Russian sanctions, which he described as "illegal," and his intention to withdraw France from NATO. He also blamed the US and NATO for the "degradation of Europe’s relations with Russia." 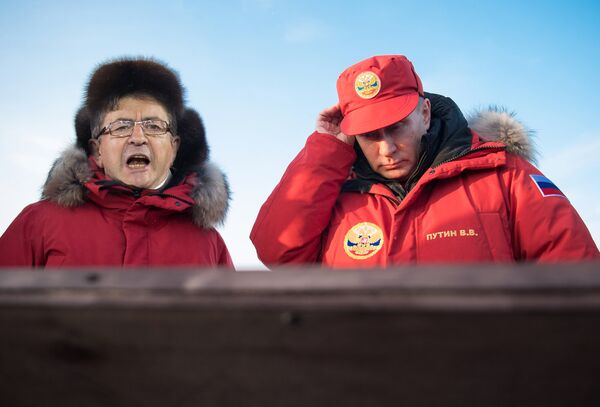 What a shame! Mélenchon also said what he thinks about fighting terrorism.

"I think that he [Putin] will resolve the problem and destroy Daesh," he said in February.

The candidates from the Popular Republican Union (UPR) and from the Solidarity and Progress (SP) party have not often been subjected to the pillory. Their only blunder is their calls for France’s withdrawal from NATO (apparently, they are following in the steps of other candidates). 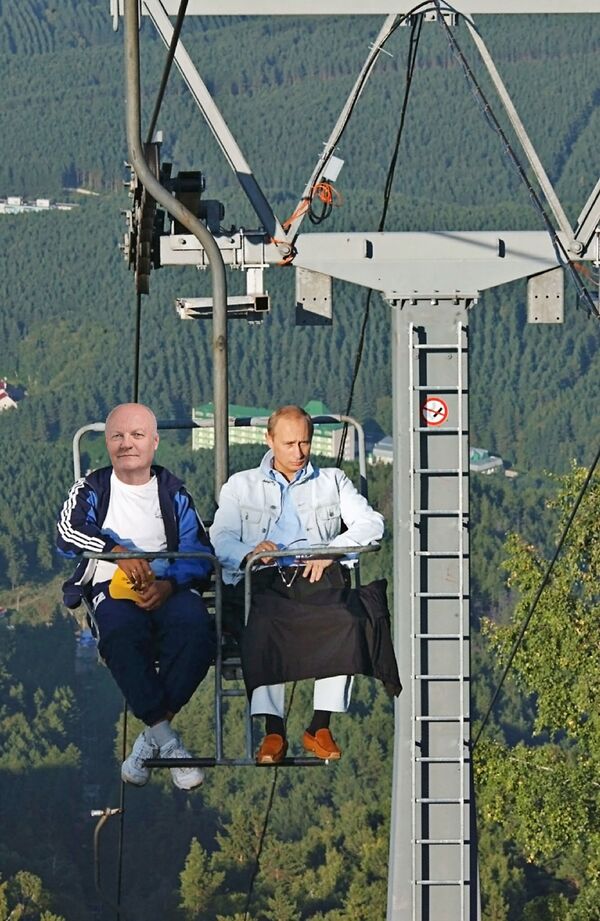 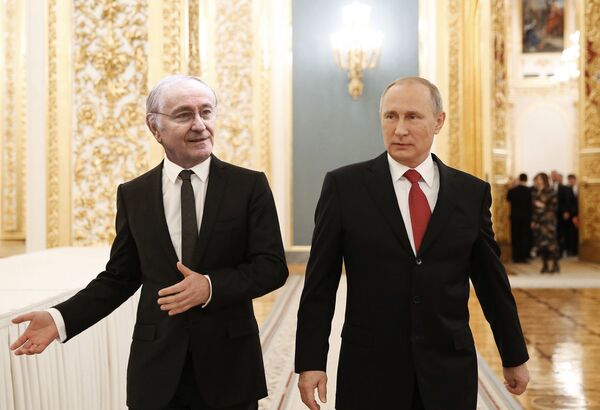 Among the sins of this politician and National Assembly deputy is his intention to withdraw France from NATO’s military integrated command (like Charles de Gaulle did). 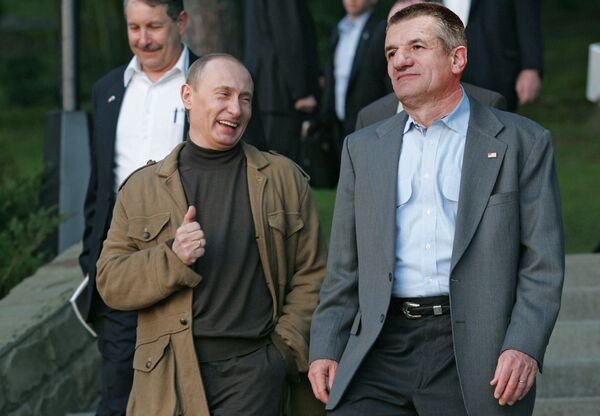 This French politician was baptized pro-Russian after he referred to Charles de Gaulle. He quoted the famous French general back in 2015 (such a profound job was done by the journalists!). 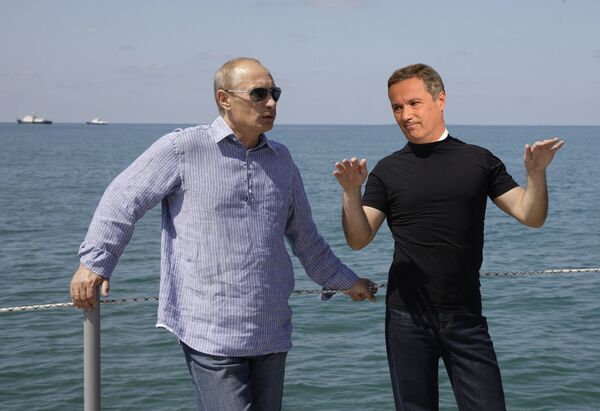 Dupont-Aignan quoted de Gaulle before the Russian parliament, proclaiming his "attachment to the nation states" and criticizing the European Union as "supranational and anti-democratic." Indeed, who can be more-Russian than him?

Fortunately, a candidate from the "En Marche!" ("Forward!") Party, Emmanuel Macron, socialist candidate Benoît Hamon and Trotskyist candidates Philippe Poutou and Nathalie Arthaud know the dangers of pro-Russian sentiments and this knowledge helps them avoid becoming "captivated by the Kremlin." At least, four candidates are safe and sound!

But always remember to be on guard while shaking the hand of… you know who.

Despite the fact that this article is based on the real article published by L’Express, it is an ironic piece. Sputnik does not put in question the analysis conducted by L’Express.