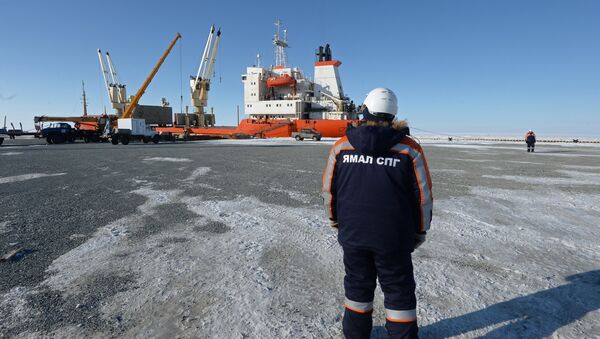 Russian Ambassador in Doha said that Businesses in Qatar are interested in taking part in two Sakhalin oil and gas projects, and the liquefied natural gas project in Russia's Arctic Yamal Peninsula.

"In the long term, the Qataris are considering their participation in the projects Sakhalin-1, Sakhalin-2, Yamal LNG," Kholov said.

He estimated Qatar's investment into the Russian economy from 2014 to mid-2016 at $2 billion through the Russian Direct Investment Fund (RDIF).

Russia and the Organization of the Petroleum Exporting Countries (OPEC) members should continue their oil output-cutting course and extend an existing deal by another six months, Russian Ambassador in Doha Nurmakhmad Kholov told Sputnik.

"I believe that, at the upcoming OPEC member states' meeting in Vienna in May this year, we and our Arab partners need to exert maximum efforts to continue the course taken to reduce the level of oil production based on the economic interests of all participants, and to to extend the agreement for the next six months," Kholov said.

The next Ordinary OPEC Meeting is scheduled to take place in Vienna on May 25.

Qatar is interested in joining Astana talks on Syria settlement, Russian Ambassador to Qatar Nurmakhmad Kholov told Sputnik, adding that Doha has not received any official invitation to participate in the talks yet.

"The Qatari leadership has expressed its interest to join this format [of talks], as the Emirate, as one of the major players in the region, has considerable influence on the situation in Syria. Despite some differences in approaches to resolving the Syrian conflict, everyone has a common final goal which is to establish truce in Syria, while preserving the country's territorial integrity and state institutions," Kholov said.

He added that Qatar had a strong political influence on the so-called Syrian moderate opposition.

The Astana format negotiations focus on ceasefire issues, while intra-Syrian talks in Geneva center on political aspects of conflict resolution.

Kazakhstan's capital of Astana hosted three rounds of talks on Syrian settlement brokered by Russia, Turkey and Iran, held on January 23-24, February 15-16 and March 14-15. During the talks, the participants agreed to set up a ceasefire monitoring group, among other issues.

Next meeting on Syria in Astana is expected to take place in early May.