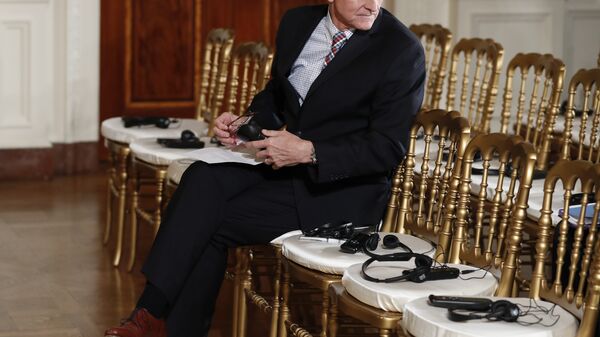 The US Senate Intelligence Committee will not grant former National Security Advisor Michael Flynn immunity in exchange for his testimony as part of their investigation into the 2016 election, Russia and the Trump campaign, NBC News reported.

WASHINGTON (Sputnik) — Earlier in the day, The Wall Street Journal as well as other media reported that Flynn had offered to be questioned by US federal investigators and Congress in exchange for immunity from prosecution.

A senior congressional official stated that Flynn's lawyer was told the idea of immunity at this point was "wildly preliminary" and "not on the table" at the moment, NBC News reported.

How Ex-Advisor Flynn Can Strike Back at Trump Administration
The letter also noted Flynn was the target of unsubstantiated public demands by members of Congress and others that he be criminally investigated, and confirmed he very much wants to tell his side of the story should the circumstances permit. Moreover, there was no mention of the FBI in the letter.

President Donald Trump stated via Twitter on Friday that Flynn should ask for immunity in that the ongoing investigations are a witch hunt and an excuse for the 2016 election loss by Democratic Party and the US media of historic proportions.

On February 13, Flynn announced his resignation after media reported he misled the Trump administration about the extent of his talks with Russian Ambassador to the US Sergei Kislyak. However, Flynn conceded no wrongdoing in his resignation letter.