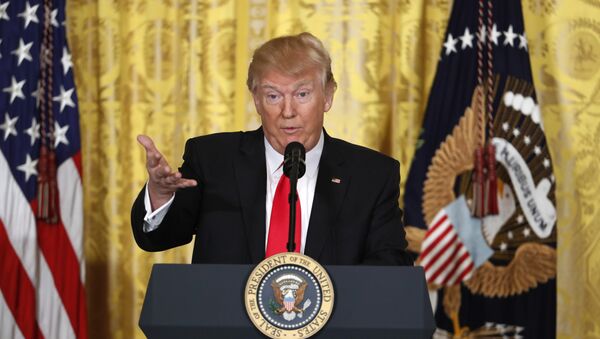 The opioid abuse in the United States is a crippling problem and one of the biggest the country faces, President Donald Trump said during a listening session at the White House on Wednesday, according to a pool report.

WASHINGTON (Sputnik) — In his speech Trump pointed to the availability of cheap drugs that destroy the communities across the nation.

"Drug cartels have spread their deadly industry across our nation, and the availability of cheap narcotics… has devastated our communities," Trump stated. "It’s really one of our biggest problems our country has and nobody really wants to talk about it."

Most Heroin Entering US ‘Coming From Mexico’ - New York Police Commissioner
According to US media reports, the White House is launching a new commission to combat drug-related addictions to be overseen by New Jersey Governor Chris Christie.

Christie said he was thrilled to work with the US Attorney General Jeff Sessions and honored to be working on the new commission, according to the pool report.