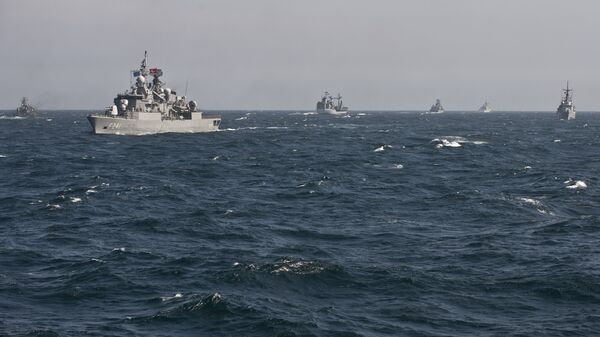 US patrol in the Black Sea area presents potential threat to the security of the Russian Federation, because it's not clear what rockets are on the ships, the head of the Russian General Staff said Tuesday.

Uncertainty over what type of weapons are loaded onto the United States' Navy ships patrolling the Black Sea and the Baltic Sea pose a potential threat to Russia, the Russian General Staff's deputy chief said Tuesday.

"Ballistic missile defense ships patrolling the Black and Baltic seas are a threat to the facilities of the European part of Russia because there is uncertainty over which weapons are currently loaded onto launchers: interceptor missiles or cruise missiles," Lt. Gen. Viktor Poznikhir said.

Poznikhir said at the Conference on Disarmament in Geneva that the possibility of using ground versions in Romania and Poland of ship-based launchers to deploy Tomahawk cruise missiles directly violates the Intermediate-Range Nuclear Forces Treaty (INF Treaty).

"An equally serious threat to Russian and Chinese security is the strike potential of ballistic missile defense groups. US Navy cruisers and destroyers equipped with interceptor missiles are simultaneously carriers of Tomahawk cruise missiles with a range of up to 2,500 kilometers," he stressed.

"The ship is deployed with the Bataan Amphibious Ready Group to support maritime security operations and theater security cooperation efforts in the US 6th Fleet area of operations," the the US Navy press release stated on March 23.

The 6th Fleet is participating in a North Atlantic Treaty Organization (NATO) military buildup in Eastern Europe amid tensions with Russia that developed after a 2013 coup in Ukraine.

Russia has repeatedly warned that a build-up of NATO troops and military equipment on or in vicinity of its borders is provocative, contrary to previous agreements and can lead to a destabilization of the region.