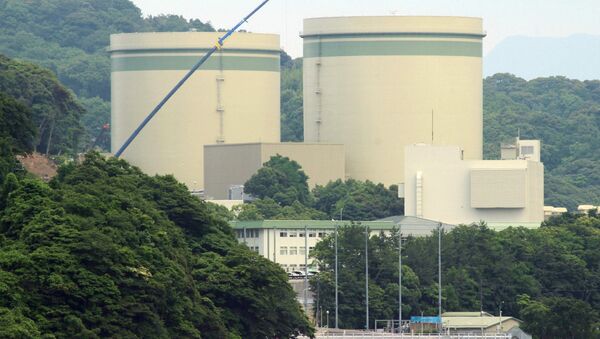 Operator Shuts Down Reactor at S. Korean Kori NPP Over Coolant Problem
TOKYO (Sputnik) — In March 2016, the Otsu District Court delivered a judgment in favor of local resident's claims that the third and fourth of Takahamas’ reactors had been unsafe and that the security measures taken by Kansai Electric Power Company (KEPCO), the plant operator, were insufficient.

After the Otsu Court ruled to suspend the reactors' operation, KEPCO subsequently lodged an appeal to the Osaka High Court. The company insisted that the third and fourth reactors’ operations complied with recent security standards and should be approved by the state Nuclear Regulation Authority.

The High Court accepted KEPCO’s appeal despite protests by the local residents, specifically concerning an accident in January that involved the collapse of a construction crane at the power plant. Their complaints not withstanding, the operation of the Takahama plant is expected to restart within a month.

After the accident, all of Japan’s nuclear reactors were idled, despite nuclear power having been the source of up to 40 percent of Japan’s energy needs at the time. However, since August 2015, Japan’s authorities have made decisions to restart several halted plants with regard to the new security standards approved after the Fukushima disaster. So far, the relaunch of five nuclear reactors, including the two at Takahama plant, has been approved.