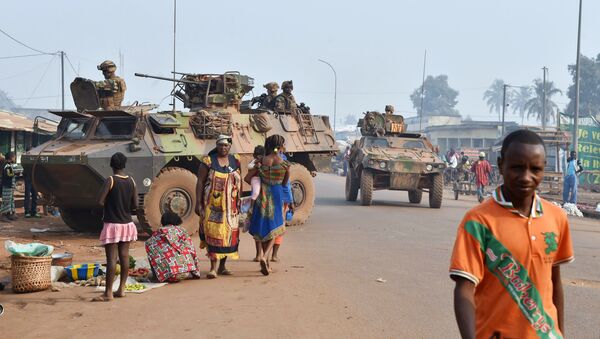 © AFP 2021 / ISSOUF SANOGO
Subscribe
At least 50 people were killed and dozens others were injured this week in the Central African Republic (CAR) in attacks on three villages in the central Bambari region, media report.

According to the United Nations, around 70,000 people have been displaced in the CAR since September 2016.