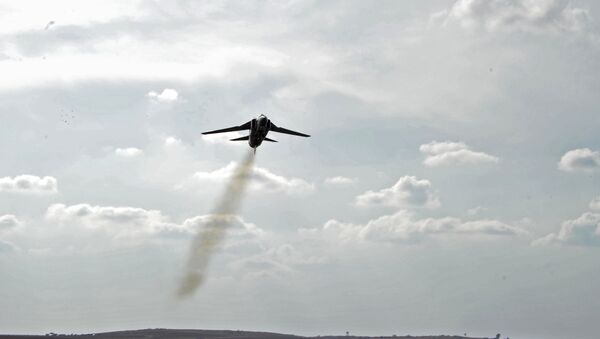 Syrian military aircraft carried out a series of strikes on militant supply lines in the eastern suburbs of Damascus, state television reported Monday.

Syrian Army Carrying Out Special Operation Against Militants at Damascus Edges
DAMASCUS (Sputnik) — The pounded routes were located in the Jobar municipality, as well as Zamalka further east and Harasta northeast of the Syrian capital, according to the Syrian Satellite Channel.

Militants in Damascus use an extensive network of underground communications to transport arms and ammunition from one location to another. They also connect key militant outposts with their main command center in the suburb of the Douma. The detection and elimination of these tunnels is one of the priorities for the Syrian army in the framework of the liberation of the eastern regions of the city from terrorists.

The military operation against positions controlled by Jabhat Fatah al-Sham (formerly known as the Nusra Front) began on December 24 after the militants refused to lay down their weapons and vacate the area.