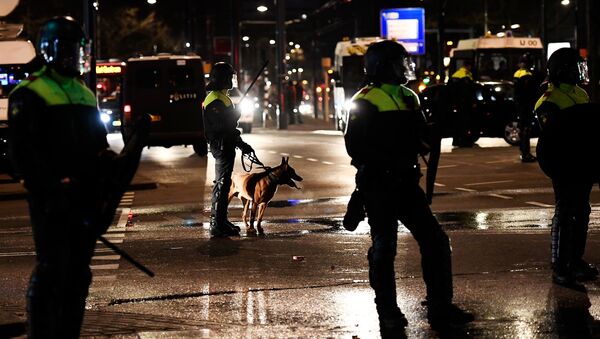 Turkey Considering Economic Sanctions Against Netherlands Amid Tensions
MOSCOW (Sputnik) — European Council President Donald Tusk said Wednesday that the European Union supported the Netherlands in the diplomatic dispute with Turkey, who seems to have lost contact with reality as Ankara brought up the issue of Nazism following a ban of Turkish ministers' campaign rallies in the Netherlands.

"The Netherlands is Europe. And today I want to say that Europe is the Netherlands. [It is] a place of freedom and democracy, and for sure Rotterdam, the city of Erasmus, brutally destroyed by the Nazis, which today has a mayor born in Morocco. If anyone sees fascism in Rotterdam, they are completely detached from reality. We all show solidarity with the Netherlands," Tusk said.

On Saturday, the Dutch authorities refused landing for Turkish Foreign Minister Mevlut Cavusoglu, who was expected to meet with the Turkish expats in the Netherlands in the run up to mid-April's Turkish constitutional referendum on constitutional amendments bolstering the president's powers. On the same day, Turkish Family and Social Affairs Minister Fatma Betul Sayan Kaya decided to travel to the Netherlands, but was denied entry to the Turkish consulate in Rotterdam.