May to Call on Brussels to Return $10.95Bln Held by EU Investment Bank 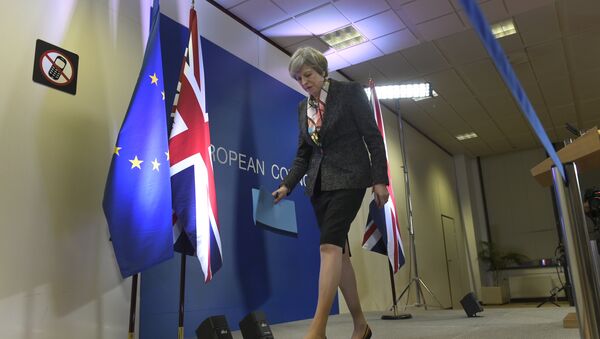 The Sunday Times newspaper reported that the prime minister would make the move as soon as she would trigger the Article 50 initiating Britain's withdrawal from the European Union.

Earlier in the day, media reported that May would likely be able to trigger Article 50 as early as Tuesday as there was an "80 to 90 percent chance" that the House of Lords would pass the Brexit bill by midnight on Monday.

Earlier in March, media reported that lawyers and Conservative Party parliament members have concluded that there was no legal basis for Brussels to demand a 60-billion-divorce settlement from the United Kingdom.

The United Kingdom held a referendum last June and decided to leave the European Union.