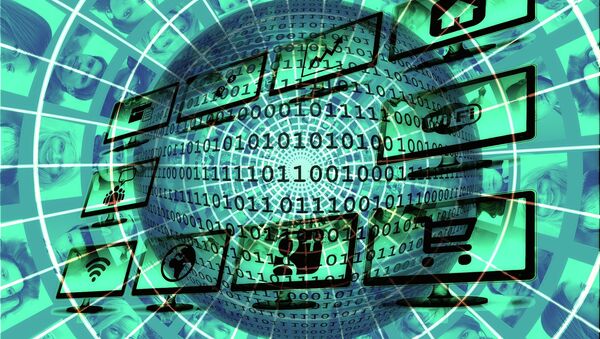 © Photo : Pixabay
Subscribe
British Prime Minister Theresa May has appointed the first Investigatory Powers Commissioner to oversee the so-called Snoopers' Charter, which human rights groups say hands excessive power to the authorities for mass surveillance and which is facing a legal challenge.

The UK government has been attempting to bring in a new law allowing for the controlled and supervised interception of data communications — email, telephone, internet browser and social media usage — ever since former CIA operative Edward Snowden revealed the extent of mass surveillance being carried out by British and US intelligence agencies.

The latest piece of legislation — the Investigatory Powers Act, known as the Snoopers' Charter — claims to have checks and balances that prevent bulk collection of data without proper independent oversight, using a "double lock" system that will require a judge to authorize the use of surveillance powers. However, critics say this is purely a "tick box" exercise.

As part of that system, Theresa May has appointed the first Investigatory Powers Commissioner, Lord Justice Fulford, for a 3-year term. He was the Senior Presiding Judge for England and Wales.

"I'm pleased to announce the appointment of Lord Justice Fulford as the first Investigatory Powers Commissioner. He brings a wealth of experience in the judiciary and expertise in matters of law which will be crucial to his vital role scrutinizing the use of investigatory powers, as part of a world-leading oversight regime," said May.

However, campaign group Liberty has issued a landmark legal challenge against the government's extreme mass surveillance regime, setting in motion a judicial review of the Investigatory Powers Act.

Liberty is challenging the "unprecedented" bulk surveillance powers contained in the Act — which lets the state monitor everybody's web history and email, text and phone records, and hack computers, phones and tablets on an "industrial scale."

"This is our first step towards getting rid of the most intrusive surveillance regime of any democracy in history. The powers we're fighting undermine everything that's core to our freedom and democracy — our right to protest, to express ourselves freely and to a fair trial, our free press, privacy and cybersecurity," Silkie Carlo, Policy Officer at Liberty, said.

"But with so much public support behind us, we're hopeful we will be able to persuade our courts to restrain the more authoritarian tendencies of this government."

000000
Popular comments
We all know mass surveillance is mostly about spotting threats to the establishment and having plenty of dirt to silence potential political opponents. It's J Edgar Hoover's dream come true. Funny that Hoover was a perv.