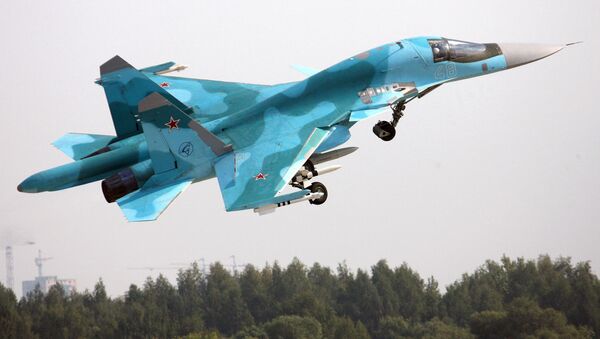 Russia
Upgrading a Hellduck: Russia's Su-34 to Get State-of-the-Art Overhaul
NOVOSIBIRSK (Sputnik) – Russia's Aerospace Forces will get 16 new Sukhoi Su-34 fighter-bombers in 2017, while the modernization of the aircraft will start in 2018, Russian Deputy Defense Minister Yuriy Borisov announced on Friday.

"This year, we expect additional deliveries of four aircraft and the total order volume for the current year is 16 Su-34s," Borisov said, adding that nine aircraft are already in the final stages of assembly.

According to the deputy defense minister, the Novosibirsk Aircraft Production Association (NAPO, or NAPA) has a long-term contract with the Russian Defense Ministry on the production of a total of 92 Su-34 strike fighters.

"A program on the modernization of Su-34 is planned to start in 2018," the minister said.