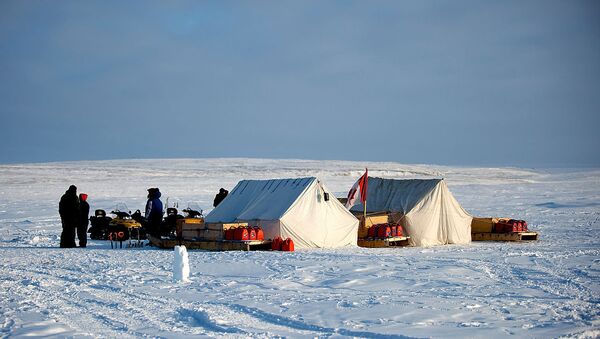 © Photo : US Mission Canada
Subscribe
According to Armed Forces Canada, the First Canadian Ranger Patrol Group has completed a training exercise above the Arctic Circle, which featured a real-life rescue of three hunters trapped by the winter cold.

The third hunter was eventually located and rescued, the release explained.

The Canadian military frequently conducts exercises in the High Arctic to practice responses to extreme situations in remote locations.