Berlin Expects US to Facilitate Implementation of Minsk Deal on Ukraine 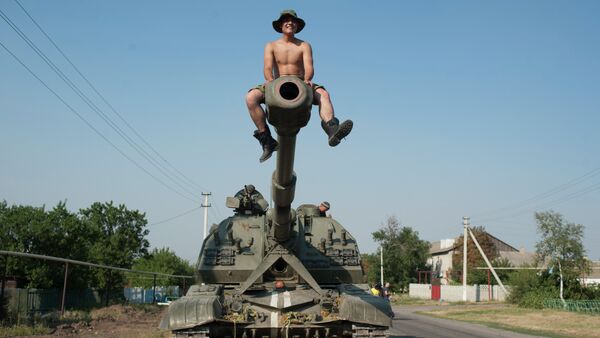 MOSCOW (Sputnik) — Germany expects the United States to use the country’s influence on all the parties concerned to implement the Minsk agreements on the conflict settlement in Ukraine, German Foreign Minister Sigmar Gabriel said Thursday.

"We would like to see the United States not only informed, but also using their capabilities, as an official representative of the State Department said, to exert influence on those whom they can influence, so that… [the Minsk agreements] were respected," Gabriel said after holding talks with Russian Foreign Minister Sergei Lavrov.

Gabriel is currently paying a two-day working visit to Moscow in order to discuss international issues, including the Syrian and Ukrainian crises and EU-Russia ties.

Lavrov: Kiev Should Stop 'Unacceptable' Blockade Strangling Donbass
The Donbass conflict erupted in April 2014 as a local counter-reaction to the West-sponsored Maidan coup in Kiev that had toppled President Viktor Yanukovych in February. Residents of the Donetsk and Lugansk regions held independence referendums and proclaimed the People's Republics of Donetsk and Lugansk. Kiev has since been conducting a military operation, encountering stiff local resistance.