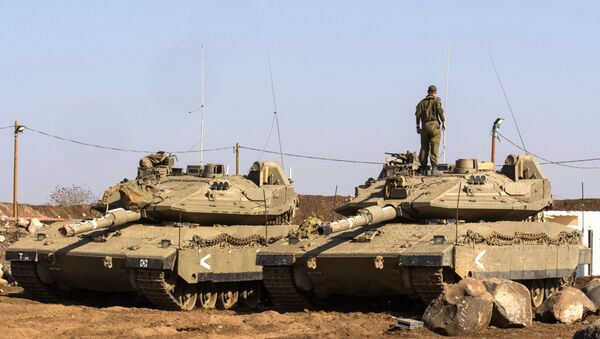 The Harakat Hezbollah al-Nujaba movement has formed a brigade to liberate the Golan Heights from Israel.

"After recent victories (in Syria), we have established the Golan Liberation Brigade," al-Moussavi said at a press conference, as quoted by the Tasnim News Agency.

He added that "if the Syrian government requests, we are ready to take actions to liberate Golan."

According to the spokesman, the Golan Liberation Brigade is made up of highly-equipped and well trained special forces.

The movement is a paramilitary group, part of the Popular Mobilization Units, an Iraqi state-sponsored organization composed of some 40 militias, formed in opposition to the Islamic State (Daesh) terrorist group.