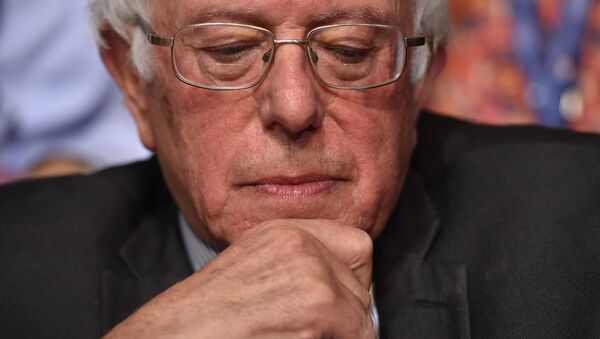 "This ban is a racist and anti-Islamic attempt to divide us up," Sanders stated. "A president responsible for keeping our citizens safe would not hand over ideological ammunition to terrorists seeking new recruits to kill Americans."

The Department of Homeland Security has noted that a person’s citizenship is not relevant to terrorist threats, Sanders added, demonstrating that Trump’s new order does not reflect his stated goal of keeping America safe.

On Monday, Trump signed a new executive order that will temporarily ban individuals from six countries from entering the United States. The order omits Iraq, which was included in Trump’s original order signed in January.

Trump's revised travel ban sparked immediate criticism from Democratic lawmakers who argued that the new order would be challenged in the US courts like the previous version.