US Charges Missouri Man With Threats Against Jewish Community Centers 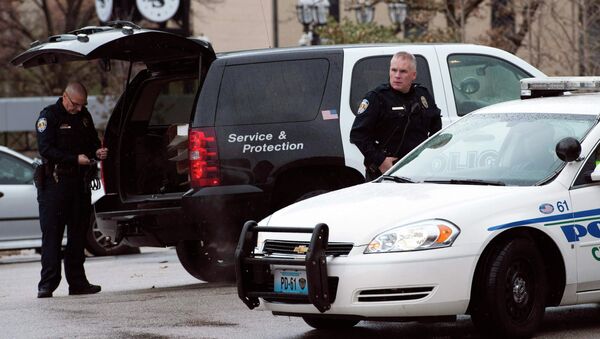 © REUTERS / Mark Kauzlarich
Subscribe
Juan Thompson, a 31-year old man was charged for threats against Jewish Community Centers (JCC) across the United States, according to the Department of Justice.

Israel Should Stand Against Anti-Semitism in US - President
WASHINGTON (Sputnik) — Police in the US state of Missouri arrested Juan Thompson, a 31-year old man accused of making at least eight threats against Jewish Community Centers (JCC) across the United States, the Department of Justice said in a press release on Friday.

"Preet Bharara, the United States Attorney for the Southern District of New York…announced the unsealing of a complaint charging Juan Thompson with cyberstalking a particular woman… by, among other things, communicating threats to Jewish Community Centers in [her] name," the release stated.

Thompson was charged with one count of cyberstalking, which carries a maximum sentence of five years in prison.

The Justice Department accused Thompson of least eight emailed threats against the JCCs to harass a woman he was previously romantically involved with.

Bomb Threats and Vandals: Business as Usual, or Rise of Anti-Semitism in the US?
Some of the threats appear to have been made in Thompson’s own name to indicate his former partner was trying to frame him for a crime, the release added.

Monday’s threats were the fifth wave targeting Jewish centers and schools. Previous threats on January 9, 10, 18 and 31 forced the closure of dozens of centers in the United States and a Canadian province.