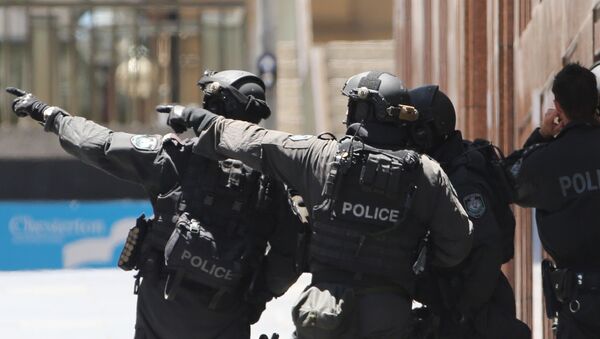 Australian Prime Minister Malcolm Turnbull stated that the authorities are fully committed to eliminating foreign jihadists fighting in the ranks of the Daesh.

Australia's Most Wanted Daesh Recruiter Arrested by Turkish Authorities
MOSCOW  (Sputnik) — Canberra is fully committed to eliminating foreign jihadists fighting in the ranks of the Islamic State (ISIL or Daesh) terrorist organization, outlawed in Russia, whose possible return to Australia from the Middle East may pose a security challenge for the continent, Australian Prime Minister Malcolm Turnbull said Friday.

"Our goal as far as those who serve with Daesh [Arabic acronym for IS] in the Middle East is to kill them. Let me be quite frank — that is our goal," Turnbull told reporters.

The Australian government continues to update its legal framework with regard to armed forces to help facilitate their efforts, the prime minister noted.

"My government changed the law so that our Australian Defence Force, our Air Force, is able to kill terrorists in the Middle East whether they have a gun in their hand, a bomb in their hand or whether they are in the back office planning an attack or raising money or engaged in logistics," the prime minister added.

Australia Presses Charges Against 5 Citizens for Attempting to Join Daesh
Around 100 Australians are currently engaged in the Daesh activity overseas, while 200 others are under investigation in the country for supporting the organization, Director General of the Australian Security Intelligence Organization Duncan Lewis said earlier on Friday.

In September 2014, Australia raised the terror threat level to 'probable' under its five-tier system. This change was made over concerns of the possible return of Australians who have joined military conflicts in Syria and Iraq to their homeland.