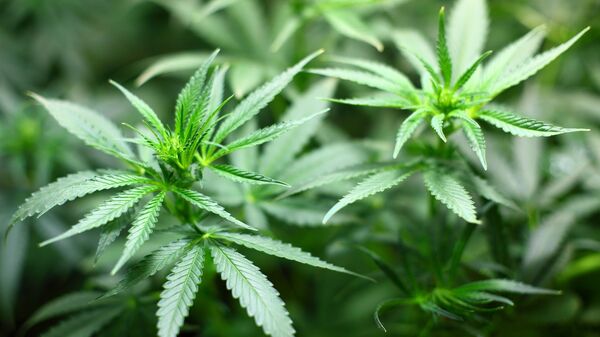 CC0 / /
Subscribe
International
India
Africa
Albania's Prime Minister Edi Rama announced on Friday the national campaign against the production and distribution of cannabis in the country after launching a series of operations to eliminate marijuana plantations in February.

BELGRADE (Sputnik) — The national campaign is aimed at eliminating drug business in the country and follows dismantling of a cannabis production center in the village of Lazarat.

Marijuana Jobs Outpace Manufacturing Jobs in the US
"The fight against the cultivation of raw materials for marijuana started from the elimination of Lazarat, the cannabis republic and this battle will be continued," Rama said at the meeting with Albanian police and prosecution, as cited by the Tanjug news agency.

Lazarat was considered a European capital of drug production "three years ago it was benefiting from immunity," the prime minister added.

The national campaign should lead to the complete elimination of this "phenomenon," Rama underlined.

According to media reports, the industry of cannabis’ illegal production in Albania is generating more than $5.2 billion each year – about a half of the country’s GDP.