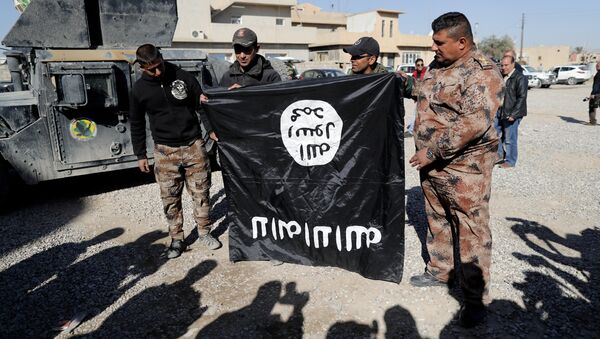 Alexander Kinshchak, the Russian ambassador to Damascus stated that in total for 2016, Daesh has lost a quarter of previously occupied territories: their total area has decreased from 78,000 to 60,400 square kilometers [30,000 square miles to 23,000].

DAMASCUS (Sputnik) — The Islamic State (ISIL or Daesh) jihadist group outlawed in Russia lost a quarter of its captured territories in Syria and Iraq over the past year, the Russian ambassador to Damascus told Sputnik on Thursday.

The Syrian government is in control of around 35 percent of the Arab republic with a population of over 10 million, according to Kinshchak.

"According to various estimates, the legitimate authorities at the moment control about 35 percent of the country. This, I will note, are large cities and densely populated areas, which are home to 10 million people, a majority of the population of Syria," Kinshchak said.

"Nusra and its allies are holding no more than 10%-12% of the territory of the country, whereas in 2015 they held sway in the fifth of Syria. This is first and foremost the province of Idlib," Kinshchak said.

In July 2016, Nusra Front announced that it would change its name and claimed to have split from al-Qaeda terrorist group, also banned in Russia.

The government forces in Syria are currently fighting several terrorist organizations, which used the conflict between the government and several opposition factions as a chance to encroach upon the Syrian territory.