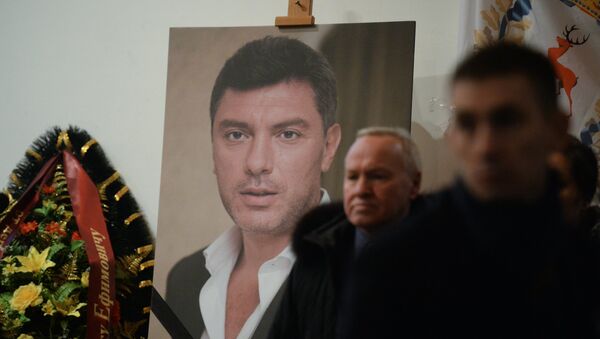 © Sputnik / Iliya Pitalev
/
Go to the mediabank
Subscribe
International
India
Africa
The Sunday march on the second anniversary of Russian opposition politician Boris Nemtsov’s murder was attended by some 5,000 people in Moscow, the police said Sunday.

"About 5,000 people participate in the public event in the city center. Moscow police and servicemen of the Russian National Guard are ensuring public order and security during the march," the police said in a statement.

Nemtsov occupied a number of senior positions in the Russian government in the 1990s and was an active opposition figure in the 2000s. He was shot dead in downtown Moscow in February 2015 when walking together with a female companion, Anna Duritskaya. An investigation into his death is still underway.