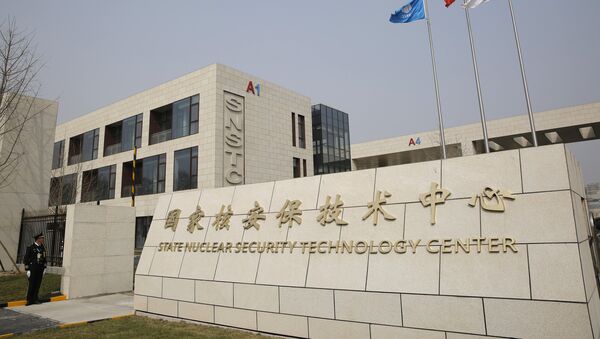 The 13.85-meter-long heater can be used to improve efficiency on 900 MW nuclear power units, according to the newspaper.

By investing in the product, the EU de facto recognized the reliability and safety of Chinese-developed NPP equipment. Technologies in the field are regarded by the EU as dual-use technologies and have been prohibited from being exported to China for several decades, due to various reasons. Apparently, Brussels is unlikely to lift the embargo in the near future.

Meanwhile, despite certain political prejudices towards Beijing, Chinese-made equipment for NPPs is gaining popularity in the European market because of its quality-price ratio.

Currently, British authorities are evaluating the design of the Chinese-made Hualong-1 nuclear reactor. First of all, the procedure is aimed at assessing the safety risks and environmental effects. This evaluation is the key step in the debut of Chinese-developed NPP equipment in the European and global markets.

Under a contract between China and Britain, China General Nuclear Power Group (CGN) and EdF will mount Hualong-1 reactors at the Sizewell C and Bradwell B NPPs.

Going Green: China to Invest $360Bln in Renewable Energy Before 2020
China’s push to the global nuclear energy market was predetermined by a domestic priority status of nuclear energy, according to Chen Fengying, an expert at the Chinese Institute for Modern International Studies.

"This is a breakthrough by China in the nuclear technologies market. In 2016, CGN and EdF jointly invested into the Hinkely Point C NPP in Britain. Exports of low-pressure heaters developed by Dongfang also indicate an increase in China’s production capabilities," Chen Fengying told Sputnik Chinese.

China Reacts to EU Anti-Dumping Penalties With Bid for US-Slovakian Steelworks
He added that those achievements are comparable to China’s previous successes in developing high-speed railways. They are indicative of high manufacturing standards in China

At the same time, according to the expert, in terms of NPP production capacities, China still lags behind the United States, Europe and Russia.

China’s entered the European market of nuclear power services and equipment amid the EU’s attempts to build new barriers for Chinese investments in advanced technologies.

On February 14, Germany, France and Italy urged Brussels to grant them the right of veto over takeovers by Chinese companies in hi-tech industries.

Aiming for Technological Superpower Status, China Buys Up German Companies
Germany first announced the initiative last autumn. Now, according to the Financial Times, the plan is likely to have a much greater chance of success, with the involvement of France and Italy, the second and third largest economies in the eurozone.

"It is clear why they are doing this. China is a big country with enormous international reserves. Buying US debt is a passive way, so China is buying assets around the world. Hi-tech industries are of a special interest. This is what the EU’s three largest economies are concerned about. On the one hand, they protect their domestic markets. On the other hand, it is unfair that they are building barriers for investors," Tratas pointed out.

Last year, German companies were taken by storm with Chinese takeovers, including 68 deals with a total worth of $12.6 billion, against $530 million a year ago. Concerns about Chinese investments in key industries reached their peak after German company KUKA Roboter, one of the world’s leaders in robot-manufacturing, was acquired by China’s Midea for €4.5 billion ($4.8 billion).

000000
Popular comments
China quality control and nucular power. What a recipe for disaster! Before you know China will overtake euro expanding China domination both economic, technology and militarily.