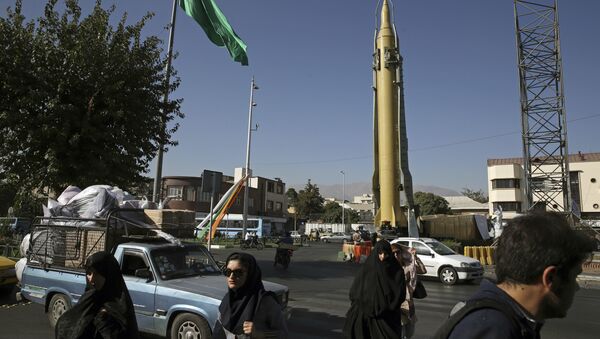 "I think the president will make that decision in the days ahead. He will listen to all of his advisers, but make no mistake about it. The resolve of this president is such that Iran would do well to think twice about their continued hostile and belligerent actions," Pence said in an interview with the ABC broadcaster.

The vice president stressed that Iran's ballistic missile test was a direct violation of the UN Security Council resolutions and "defiant behavior to the world community".

"The Iranians got a deal from the international community that again, the president and I and our administration think was a terrible deal. It essentially allows Iran to develop a nuclear weapon," Pence told the broadcaster.

Trump: 'Nothing Off the Table' On Iran
The nuclear agreement was signed in July 2015 by Iran and the P5+1 group of countries comprising the United States, Russia, China, France, and the United Kingdom plus Germany. The agreement stipulates that Iran must maintain a peaceful nature of its nuclear program in exchange for sanctions relief.