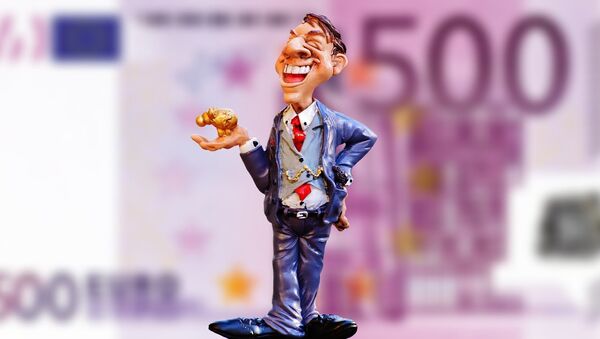 © Photo : Pixabay
Subscribe
International
India
Africa
A new report has exposed that the so-called "revolving doors," involving EU workers leaving to become lobbyists on behalf of big businesses and NGOs is not restricted to a few big names, with 30 percent of MEPs leaving politics to work with registered lobbying organizations, Sputnik has been told.

The latest survey by Transparency International (TI) shows that 30 percent of MEPs who have left politics for other employment in the last few years now work for organizations registered on the EU lobby register. For former European Commissioners the share is more than 50 percent.

On the other side of the revolving door, the group found that in the case of Google, 57 percent of the accredited lobbyists have previously worked for the EU institutions.

What do EU politicians do after they leave office? How many go on to lobby their former colleagues? New report: https://t.co/GUIN3MSgmZ

​"We did the first comprehensive analysis of EU officials leaving the institutions and we looked at 485 MEPs and 27 commissioners. Of those 485 MEPs, one third left politics altogether, one third continued to work in politics and the other third retired. Of the one third finding new employment outside politics, 30 percent ended up in organizations listed on the EU lobby register. For the commission, the share is even higher," a spokesman for Transparency International EU told Sputnik.

There was an outcry when former Commission president Jose Manuel Barroso was appointed non-executive chairman of Goldman Sachs International (GSI), which announced: "His perspective, judgment and counsel will add great value to our GSI Board of Directors, Goldman Sachs, our shareholders and our people." 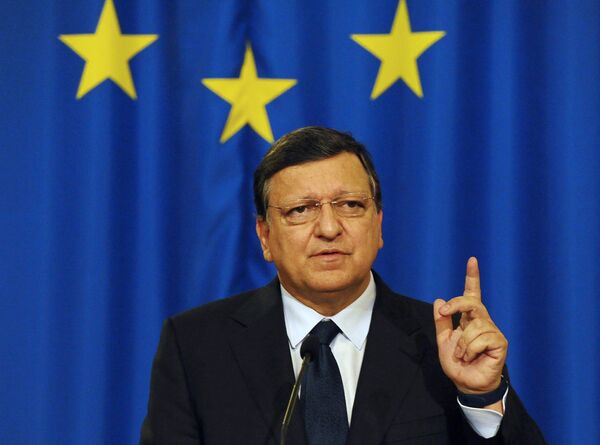 However, critics said it would afford Barroso enormous lobbying power and was derided as another example of the "revolving door" of outgoing eurochiefs.

"Individual cases — like Mr. Barroso — have attracted a lot of media attention and caused a lot of outrage. So, with this report we wanted to look to see if it was more systemic and we found that there is at least an indication that this is not only [restricted to] individual cases and there needs to be an overhaul of the rules regulating the revolving door. There might be a bigger problem," the TI spokesman told Spuitnik.

Tales from #Davos: #Barroso on responsible leadership — straight from the horse's mouth. Next up: #revolvingdoors & how to get away with it? https://t.co/KQAO2hWO2R

​The report found that, beyond individual scandals, many of those leaving the EU institutions and specifically politics now have activities where risks of conflicts of interest cannot be ruled out. "Most worrying are those situations where senior decision-makers from the EU move directly into positions where they seek to influence former colleagues or their staff or join organizations they have previously regulated," the report said.

"What we have seen in the past were incremental reforms, but what we now need a bigger reform addressing the size of the problem," TI told Sputnik.

"Transparency International think that lobbying is part of any healthy democracy and it is part of direct democracy that organizations, individuals and NGOs can voice their interests. Lobbying itself is not a problem. What we advocate is that those influences are made more transparent and that everybody knows who is taking what position to prevent risk of undue influence and privileged access," he said.