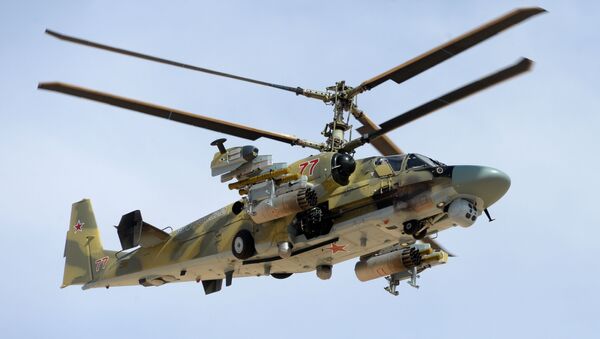 "The first experimental vehicle for the foreign customer has already been assembled and is successfully passing planned tests," the company said.

The first batch of the Ka-52s scheduled for delivery in 2017 in accordance with government contract terms has been delivered to the Russian Defense Ministry ahead of schedule in December, it added.

Russian Helicopters said this year's production of Ka-52s would be doubled because of their export orientation.

In November 2016, Russian Helicopters holding Deputy CEO for Aftersales Service Igor Chechikov said that the first batch of Ka-52 helicopters manufactured for foreign purchasers would be ready for delivery in 2017.

Russia's Ka-52 Alligator reconnaissance and combat helicopter is designed to destroy tanks and other armored vehicles. Ka-52 could also perform fire support operations, as well as patrol and escort missions.