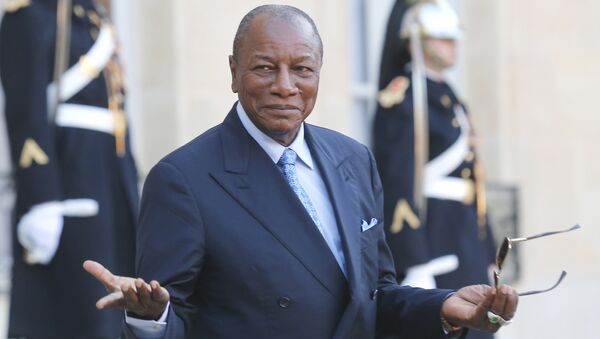 MOSCOW (Sputnik) — The 28th Assembly of the African Union, which brings together the leaders of the pan-African bloc's 54 countries, kicked off earlier in the day and will last through Tuesday.

Conde, who has been Guinea's leader since 2010, is now taking over the largely ceremonial post of AU chair from Chadian President Idriss Deby, Congo's Africanews channel reported on Monday.

Conde will become the 15th African leader to hold the position and the fourth leader from West Africa to chair the union. The chair is selected on an annual basis.

Africa
Ghana Supports Morocco's Bid for African Union Readmission
A new EU Commission chair is also set to be selected during the summit to replace South Africa's outgoing Nkosazana Dlamini-Zuma. The post wields significant power within the bloc as the commission is the AU executive body.

The current AU summit is marked by the possible rejoining of Morocco, the only country on the continent which is not a member of the bloc. Morocco withdrew in 1984 after the African Union recognized Western Sahara.

During the 2016 summit, AU member states agreed on measures to fast-track the implementation of the Continental Free Trade Area (CFTA) due in late 2017. The free trade area, once complete, would become the world’s largest in terms of population.