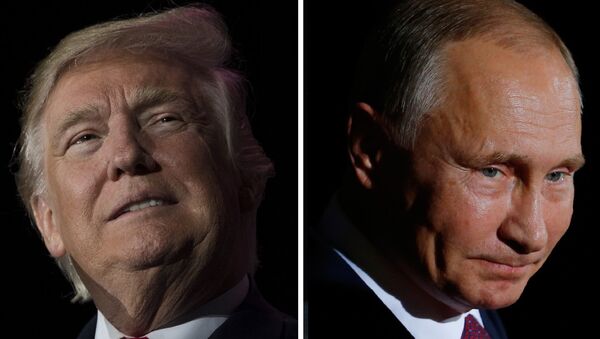 "President Trump and Vladimir Putin are expected to talk by phone this weekend, per administration source. 1st call since inauguration," Hallie Jackson wrote on Twitter.

On Thursday, Kremlin spokesman Dmitry Peskov said that the date of a first phone call between Putin and Trump since the US president’s inauguration had not been determined yet.

Last week, Peskov said that a meeting between Putin and Trump was unlikely to happen in the coming weeks as the US president was focusing on domestic issues, but it was probably going to be held in the coming months.

According to the Kremlin spokesman, the date of the meeting between the Russian and US leaders will likely be discussed during a phone conversation between Putin and Trump.