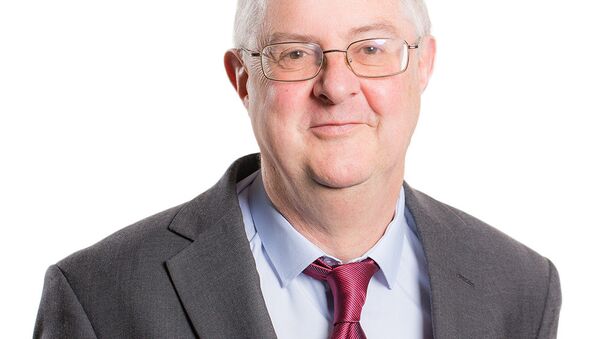 © Flickr / National Assembly for Wales
Subscribe
Welsh Finance Secretary Mark Drakeford stated that the Welsh government would continue to engage with the JMC process to make sure Welsh interests were "fully and significantly expressed."

Drakeford said that the Welsh government would continue to prioritize "full and unfettered" access to the single market, as quoted by the BBC broadcaster.

Earlier in the day, UK government ministers were joined by representatives from the devolved administrations on Thursday for the third meeting of the joint ministerial committee (JMC) on Brexit since last June’s referendum vote for the United Kingdom to leave the European Union.

The minister stressed that the devolved administrations were concerned about the JMC, set up by the UK government, and that they need to be assured that their "views go on and make a difference."

Downing Street Urges Scotland, Wales, N.Ireland Not to Foil UK’s Brexit Talks
Drakeford said the Welsh government would continue to engage with the JMC process to make sure Welsh interests were "fully and significantly expressed."

According to Drakeford, the Welsh government paper is to be published on Monday, ahead of the next JMC meeting in February.

On Tuesday, UK Prime Minister Theresa May confirmed that the United Kingdom would not remain a member of the EU single market following Brexit, but instead would pursue bilateral free trade agreements with the bloc’s members.

May said the country would trigger the Article 50 of the EU Lisbon Treaty by the end of March, thus beginning withdrawal negotiations, as well as negotiations on free trade with London's international partners.