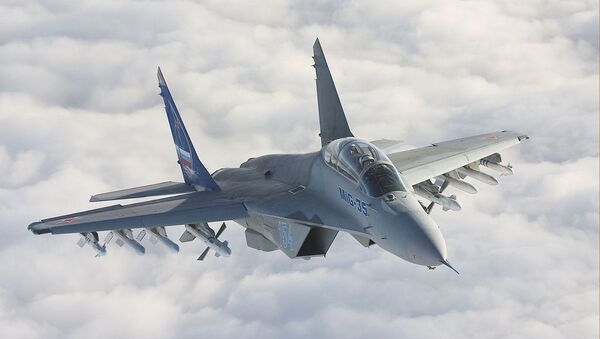 Meet the MiG-35: Russia's Lightest Advanced Strike Fighter
The Russian Izvestia newspaper reported that due to the fact that several systems of the aircraft were not ready in time, the flight tests had been rescheduled to February, however the manufacturers would present the jet in the end of January.

The media outlet added that the information about the presentation and the flight tests had been confirmed by several newspaper's sources in both the defense ministry and in the aircraft industry.

The Russian Mikoyan MiG-35 (NATO reporting name Fulcrum-F) is a 4++ generation jet, which has been created with the use of technical decisions used in the MiG-29M/M2 and MiG-29K/KUB aircraft and new advanced technologies. The first batch of the test version was initially expected to be handed to the Russian Defense Ministry before the end of 2016.