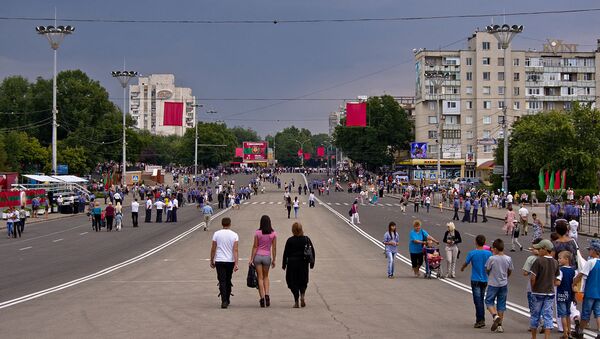 Peacemeakers in Transnistria, a breakaway territory in Moldova, are the guarantor of peace in the region, Moldovan President Igor Dodon said Tuesday.

MOSCOW (Sputnik) — Dodon said that Russian peacemakers in Transnistria appeared in the region because of the escalation of the conflict in early 1990s and remain the guarantor of stability.

"It is necessary to understand that peacemakers at the Dniester did not appear accidentally, but because of the conflict. And they were and remain the guarantor of certain stability. They are there to ensure trust between the banks [of Dniester]," Dodon said at a news conference during his first official visit to Moscow.

Dodon also said that Moldovan authorities will look into all cases of Russian journalists being stopped from entering the country, which totals to almost 150 cases.

"It’s important for me to understand this problem. Earlier, when I was a lawmaker, I have repeatedly went to the airport to find out why citizens of various countries, not only Russia but the EU countries as well, were denied entry to Moldova. Now I have requested information. If I am not mistaken, in five years, from 2011 to 2016, the number of Russian citizens that were banned from entering Moldova makes some 140-150 people," Dodon said.

He underlined that he has requested detailed information on the reasons for every case of entry deny, adding that probably "most of it is probably about emotions".

Moldova Entering Roadmap With EAEU May Require Scrapping EU Association – Dodon
The Transnistrian conflict began in 1990 when Transnistria broke away from the Soviet Republic of Moldova.

Russia has been actively participating in peacekeeping efforts and maintaining regional stability in Transnistria. In 1992, Russia and Moldova signed an agreement aimed at peaceful settlement of the Transnistrian conflict. In accordance with the agreement, a tripartite peacekeeping force, including Russian armed forces, was established, providing peace and stability in the region up to the present day.