Euroskeptics Grillo and Farage Make Up After Split Fiasco 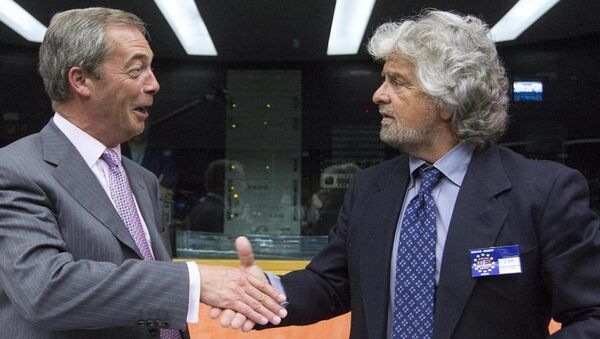 The Five Star Movement and UKIP been part of the Europe of Freedom and Direct Democracy (EFDD) group in the parliament, until January 8, when by comedian and blogger Grillo announced he would be breaking away to seek an alliance with the Liberals and Democrats (ALDE) group.

​In a letter to Farage, Grillo said: "Dear Nigel, our paths are divided. You gained the victory of the main battle of UKIP: the release from the European Union of the UK. A momentous result that would never have come without your leadership. And I'm glad it came through a referendum, the maximum expression of the popular will.

"The 5 Star Movement has yet to win that battle and we have decided to tread a path with another political group in the European Parliament, because we think we both need to concentrate on our next challenges." 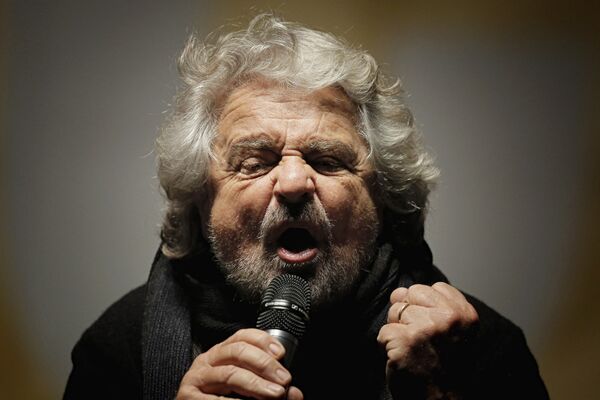 The leader of the Five Star Movement, Beppe Grillo, delivers a speech during a campaign meeting upon a referendum on constitutional reforms, on December 2, 2016 in Piazza San Carlo in Turin.
© AFP 2023 / Marco Bertorello

"I wish you the best and hope that our paths will cross each other again, maybe when you will be an ambassador of the United Kingdom to the United States, as advocated by the President-elect Trump. This world we can change it. With affection and esteem, Beppe Grillo"

The talks lasted less than 24 hours before ALDE leader Guy Verhofstadt encountered a backlash from within his own pro-Europe group for contemplating an alliance with Grillo's Euroskeptic party.

There is not enough common ground to push forward ALDE's pro-European agenda with the Five Star Movement. More: https://t.co/asrTiGTbqS pic.twitter.com/EIGM7KLqGg

​"I'm happy to say all our differences with Beppe Grillo's movement have been resolved in an amicable manner. After a few small administrative changes, we will continue our work together inside the EFDD caucus. Grillo's campaign for a referendum on the euro in Italy is gathering pace. I have long admired his work in Italy and I wish him all the best. The anti-establishment campaign in Europe is just starting," UKIP's Farage, president of the EFDD group said in a statement.

Prior to the failed ALDE-Five Star talks, Farage told the London Express newspaper: "In political terms it would be completely illogical for 5 Star to join the most Euro fanatic group in the European Parliament. 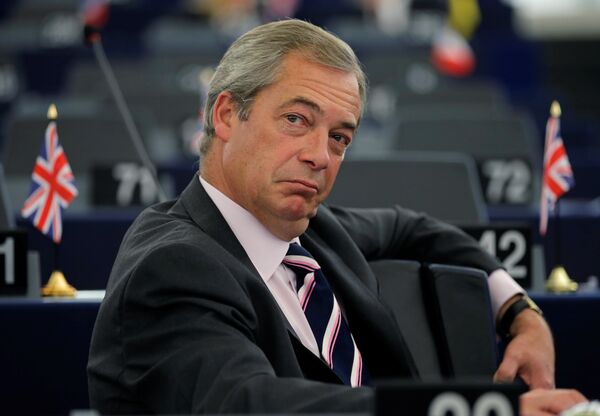 "The ALDE group doesn"t support referenda or the basic principle of direct democracy. ALDE are also the loudest voice for a EU army. I suspect if 5 Star joins ALDE it"s support will not last long."
© REUTERS / Vincent Kessler

Grillo's short-lived dalliance with ALDE means he will be back on speaking terms with Farage, who stepped down from the leadership of UKIP, May 2016, after failing to win a seat in the UK Parliament. His resignation was refused and he became leader again after three days before resigning again, July 2016.