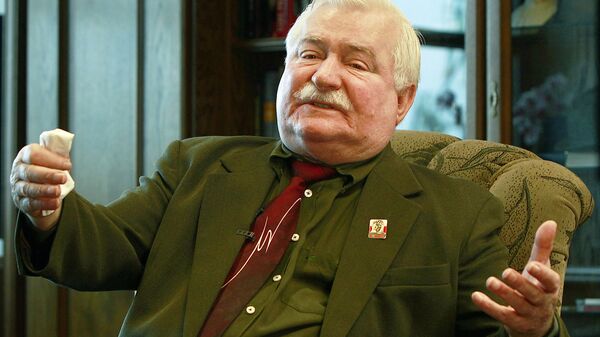 MOSCOW (Sputnik) — According to the RMF radio station, the body of 43-year-old Przemyslaw was found by his son, who immediately called an ambulance.

Przemyslaw's brother, Jaroslav, confirmed the death of his sibling on his Facebbok page.

The investigation team preliminary concluded that the death was of natural character. The police and prosecutor are working at the scene, questioning the family members of Przemyslaw.

Ex-president of Poland Walesa and his wife have eight children — four sons and four daughters.

Przemyslaw had repeatedly been responsible for car accidents due to drunk driving. In 1995 and 2003 he was sentenced with probation.