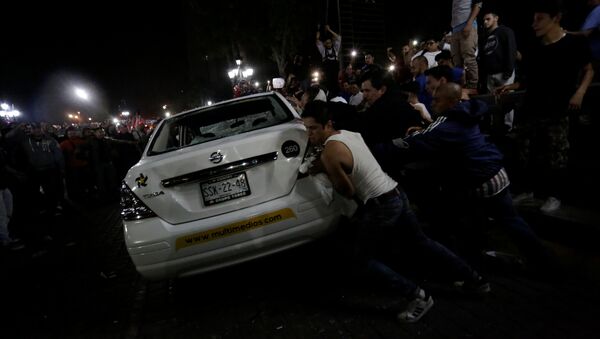 Mexico’s Enterprise Coordinating Council (CCE) is calling for the presence of federal forces in cities affected by looting and violence that erupted across the country in connection with gas price hikes.

Over Two Dozen Reportedly Injured as Police Clash With Protesters in Mexico
MEXICO CITY (Sputnik) – The mass unrest and looting of stores in various states in Mexico began as Gas prices went up by about 20 percent nationwide starting from January 1.

On Thursday, several people died in the state of Hidalgo as federal police were trying to get protesters to clear a blocked highway. Hundreds of people have been arrested.

"The Enterprise Coordinating Council and the undersigned organizations express their full support to companies affected by the recent violence, vandalism, looting and blockades that have occurred throughout the country," the CCE said in a Friday statement, adding that the organizations and the council "demand the presence of the Federal Forces in the main affected cities."

The CCE pointed out that blockades at the main ports have led to company losses and road blocks prevent workers from getting to their offices and disrupt distribution activities.

The Council also warned that because of looting, Mexico could soon start experiencing consumer good shortages.