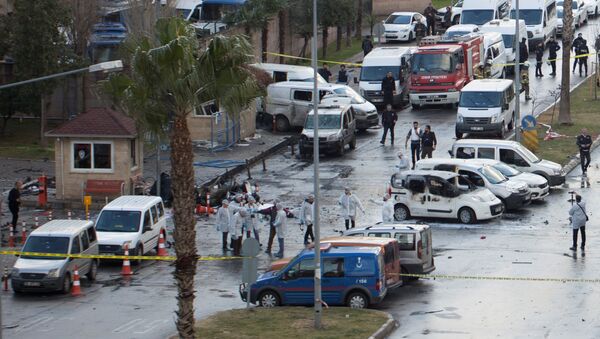 18 people were detained on suspicion in links with a deadly car bomb explosion near a courthouse in the city of Izmir in Turkey, according to local media.

MOSCOW (Sputnik) — Turkey's Justice Minister Bekir Bozdag announced the detention of 18 people in connection with a deadly car bomb explosion near a courthouse in the city of Izmir, Turkish media reported Friday.

A police officer and a court employee have been killed and at least three people were injured in the attack on Thursday.

Authorities have "no doubt" that the Kurdistan Workers' Party (PKK) was behind the attack, the Hurriyet Daily News outlet cited Bozdag as saying.