US Children's Video Features Russia's Subjects, Including Crimea and Sevastopol 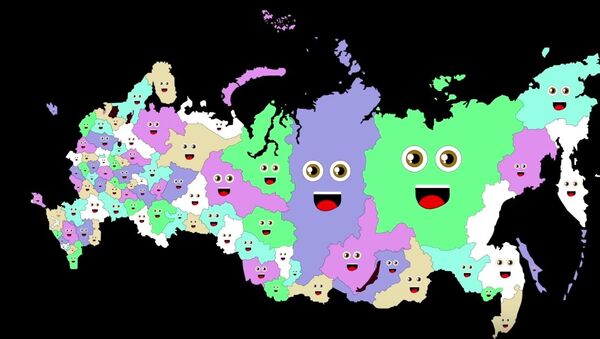 © Photo : YouTube/Kids Learning Tube
Subscribe
Kids Learning Tube, an American educational YouTube channel targeted at younger viewers, has posted a video which includes Crimea among the 85 regions of the country.

'You're 3 Years Too Late': MP Mocks Kiev's Hysteria Over Russian Fleet in Crimea
In a recent video released by Kids Learning Tube, an American educational YouTube channel, Crimea was cited in a list of the regions of Russia.

In the video, designed to brief US children on Russia's federal structure, the 85 animated Russian Federation subjects sing about being part of the country.

During a national referendum on March 16, 2014, 96.77 percent of voters in the Republic of Crimea and 95.6 percent of those casting ballots in Sevastopol voted for Crimea's reunification with Russia.

US authorities have repeatedly said that they do not recognize the vote.

Sevastopol is a separately-administered federal city (like Moscow and Saint Petersburg) located in the southwestern region of the Crimean Peninsula on the Black Sea. Kiev and most of the UN member states continue to regard Sevastopol and the neighboring Republic of Crimea as part of Ukraine.

Never miss a story again — sign up to our Telegram channel and we'll keep you up to speed!
000000
Popular comments
OOPs!!! guess that one slipped past the State Dept, sorry, propoganda control!!