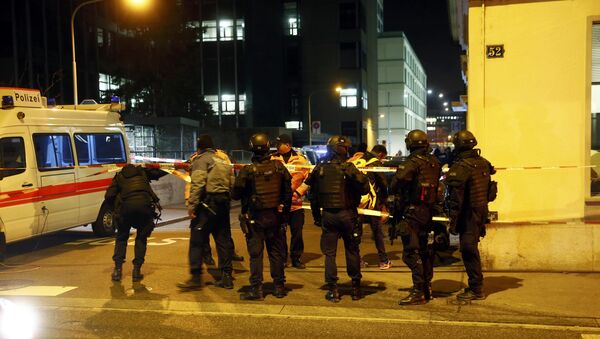 © REUTERS / Arnd Wiegmann
Subscribe
International
India
Africa
A hunt for a gunman who opened fire at police shortly after 9 a.m. local time (08:00 GMT) in the Swiss town of Rehetobe is under way, according to police statement.

MOSCOW (Sputnik) — Swiss police announced on Tuesday a hunt for a gunman in the northeastern town of Rehetobel after he shot two officers during a house search.

"The attacker is currently on the run and can be armed. Police are searching for him. The fugitive is considered dangerous," police said.