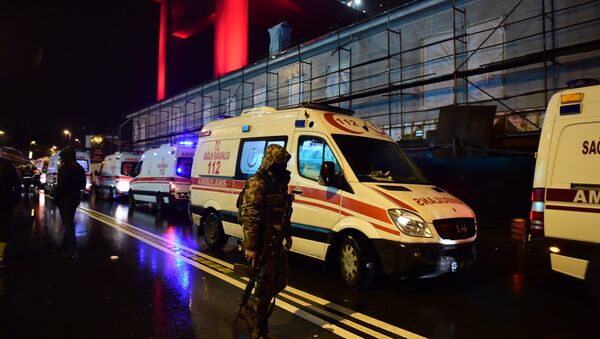 The Greek Foreign Ministry condemned a deadly terror attack on Istanbul’s Reina nightclub and expressed condolences to the families of the victims, the ministry’s press service said in a statement Sunday.

21 Victims of Istanbul Nightclub Terror Attack Identified - Reports
ATHENS (Sputnik) — The nightclub Reina in Istanbul's Besiktas district was attacked early on Sunday by a man, who was reportedly talking in Arabic. The attacker is said to have opened fire from a Kalashnikov assault rifle.

At least 39 people were killed and 69 injured as a result of the attack, according to the Turkish Interior Ministry.

“We unequivocally condemn the barbaric terrorist attack with numerous casualties that occurred in the nightclub in Istanbul. We express our full solidarity with the Turkish people and convey heartfelt condolences to the families of the victims and wishes of a speedy recovery to the injured,” the statement read.