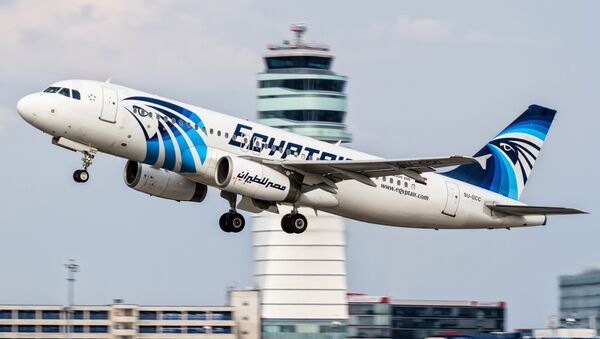 © AP Photo / Thomas Ranner
Subscribe
Egyptian authorities started on Saturday the process of handing over the remains of the victims of the EgyptAir Airbus A320 plane crash in the Mediterranean Sea, French media reported Saturday.

Traces of Explosives Found on Bodies of EgyptAir A320 Crash Victims
MOSCOW (Sputnik) – According to Ouest France newspaper, citing Arab-language Mena news agency, the remains of the crew were returned to the families on Saturday, while the remains of the passengers, including 15 French nationals will be handed over on Sunday.

The EgyptAir Airbus A320 plane disappeared from radar screens over the Mediterranean Sea, 10 miles into the Egyptian airspace, on May 19 and then crashed. The plane, carrying 66 people, was heading to Cairo from Paris.

The commission investigating the crash said in mid-December that traces of explosives were discovered on the bodies of victims of the crash.