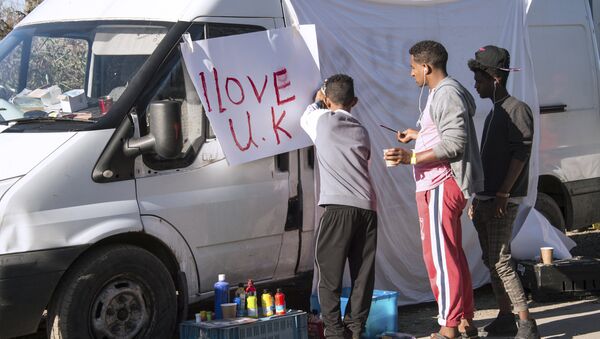 If the UK remains a member of the Single Market, EU migration will remain high and is unlikely to fall below 155,000 a year in the medium term, according to the Migration Watch UK think tank.

EU in Brexit Bind Over Swiss Migrant Worker Quota Conundrum
MOSCOW (Sputnik) — The United Kingdom cannot be in control of migration into the country if it chooses to remain in the Single Market after leaving the European Union (known as "soft Brexit"), as the bloc is experiencing increased wage disparity, unemployment, and migration and refugee crises, the Migration Watch UK think tank said in a report Thursday.

"It is not possible to be both a member of the European Single Market and in control of EU immigration. If the UK remains a member of the Single Market, EU migration will remain high and is unlikely to fall below 155,000 a year in the medium term," the think tank said.

According to the report, there are multiple factors which may encourage increased EU migration to the United Kingdom before its exit from the European Union. For example, the stark difference in minimum wage between the United Kingdom and countries like Romania and Bulgaria may be an incentive for their residents to migrate, save money and send it back home to their families.

UK Gov't Uses Migrant Issue as 'Bargaining Chip' at Brexit Talks With EU - Mayor
Increased unemployment in the European Union is another likely cause of migration to the United Kingdom moving forward, the report added.

To conclude, the report said that migrants could choose to move before the United Kingdom officially left the European Union, despite the value of the pound dropping, for fear of tightened immigration policies and restriction of movement.

In June, the United Kingdom voted in a referendum to leave the European Union. Soon after the referendum, UK Prime Minister Theresa May said the country would trigger the Article 50 of the EU Lisbon Treaty by the end of March 2017, thus beginning withdrawal negotiations.