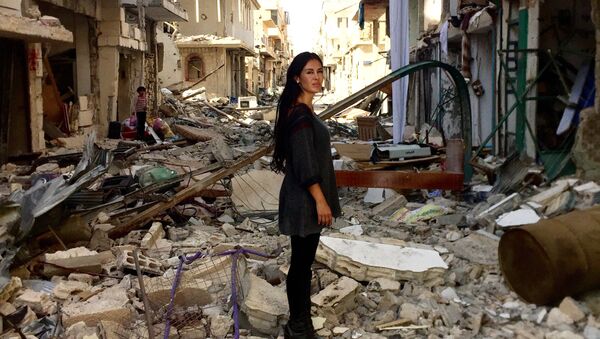 © Photo : Carla Ortiz
Subscribe
Popular Bolivian actress and author of a documentary on the Syrian conflict revealed the nature of many mistakes made by Western media in its coverage of the events that transpired in Syria during the last few years.

Mainstream Media Wakes Up to Its Own 'One-Sided' Propaganda Campaign Over Syria
Famous Bolivian actress Carla Ortiz first travelled to Syria in March 2016 to film a documentary about the role of women in the Syrian conflict. In 8 months she traversed three quarters of Syria’s territory, visiting areas controlled by the Syrian army and by insurgents, meeting with government supporters and opposition members alike.

Ortiz told Sputnik Mundo that the West made a serious mistake by buying into a myth that the Middle East exists in a state of perpetual conflict, that it’s some kind of 'situation normal' for the region.

"As a result, we turned away from these people, thought that helping them would be a lost cause. In our desperation we put our trust in activists and human rights organizations which claimed that they are present in the conflict zone but failed to adequately relay the situation there. Contrary to a popular belief, there is a moderate opposition in Syria: they are people who, during the onset of the conflict, asked for reforms and not their president’s resignation," Ortiz said. 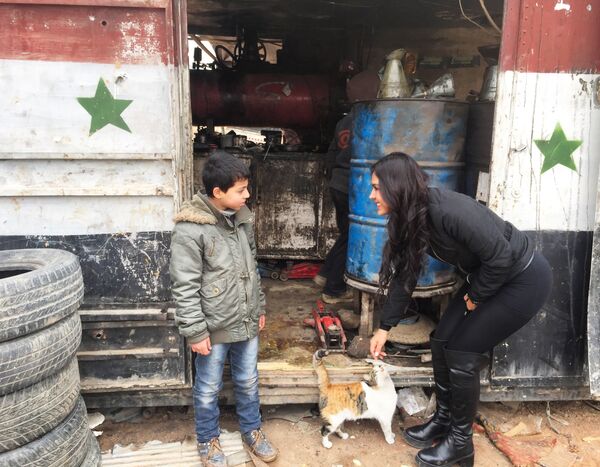 She also remarked that it appears as if the Western media agencies, perhaps even with good intentions, continue to deliberately use propaganda when it comes to the Syrian conflict. Be that as it may however, Ortiz pointed out that she hasn’t seen a single Western reporter in areas of the country where the fighting takes place.

"On all of the six fronts of the Syrian war that I’ve been to, including eastern Aleppo, I’ve never seen any foreign reporters save for those from Russia Today. So how can people who've never been there cover the battle for the city’s liberation or report that Aleppo is in flames? I’ve been in a firefight and can relay my experience, but where do they get their stories?" she said.

As Ortiz ruefully concluded, influential media agencies tend to avoid answering such questions; they keep focusing on the military conflict, using civil war references, but neglect to mention foreign gangs that became the source of destabilization.

"We’ve made many mistakes. We succumbed to the news without verifying their sources," Ortiz said.

The Voice of Syria documentary filmed by the actress and her crew relays the story of the war in Syria “told by real people, citizens”, according to Ortiz. The movie is expected to be released in Syria and in Bolivia on June 2017.