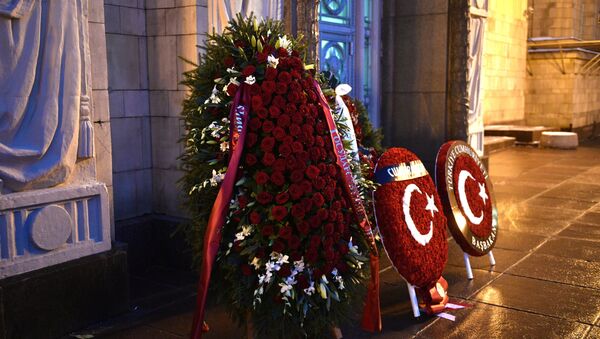 Russian Ambassador to Turkey Andrey Karlov assassinated in Ankara was buried on Thursday at the Khimki cemetery in northern Moscow.

MOSCOW (Sputnik) – The diplomat was buried with military honors: an honor guard and a military orchestra took part in the ceremony, while the coffin with his body was covered with the Russian flag.

The Russian Foreign Ministry said it considered the attack a terrorist act. 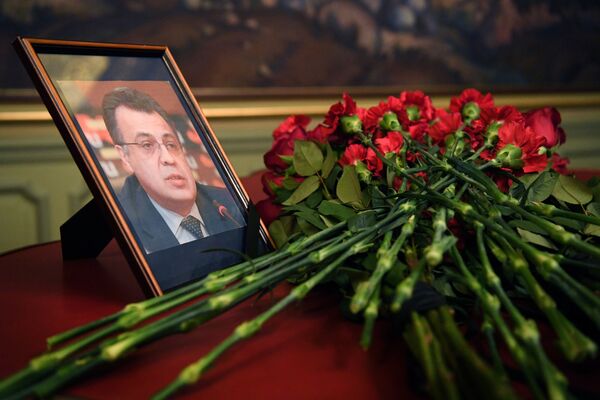