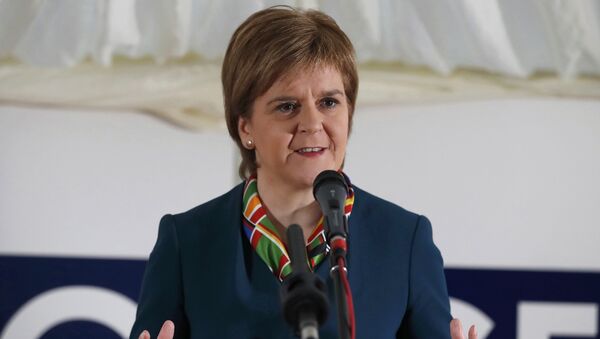 "At the heart of the proposals in this document, and our proposals for any EU negotiations, we are determined to maintain Scotland’s current position in the European Single Market. The Scottish people did not vote for Brexit, and a "hard Brexit" would severely damage Scotland’s economic, social and cultural interests. It will hit jobs and living standards – deeply and permanently," Sturgeon said in the foreword to the report, titled Scotland’s Place in Europe.

Nicola Sturgeon expressed her opinion Tuesday that the best way for Scotland to retain access to the EU single market after the United Kingdom leaves the European Union is to become an EU member itself as an independent state.

"There are various ways in which Scotland’s place in the European Single Market could be maintained. One option – in my view, the best option – is to become a full member of the EU as an independent country. Indeed, independence would resolve the fundamental cause of the position Scotland currently finds itself in: Westminster Governments that Scotland doesn’t vote for, imposing policies that a majority in Scotland does not support," Sturgeon said in the foreword to a government report, titled Scotland’s Place in Europe.

The Scottish government argues that the United Kingdom as a whole should remain in the EU single market through the European Economic Area (EEA), Scottish First Minister said.

"Firstly, we argue that the UK as a whole should remain within the European Single Market – through the European Economic Area – and within the EU Customs Union," Sturgeon said in the foreword to the report, titled Scotland’s Place in Europe.