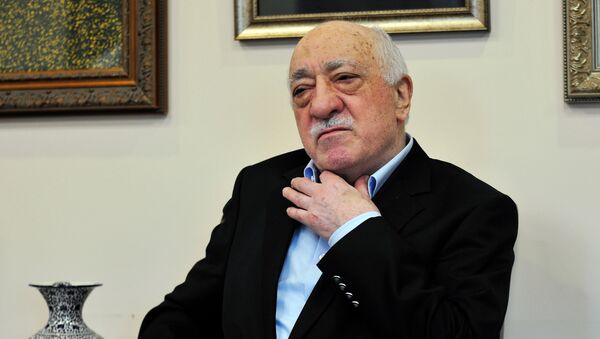 Turkish Foreign Minister Mevlut Cavusoglu told his US counterpart John Kerry in a phone conversation Tuesday that the so-called Fethullah Gulen Terrorist Organization (FETO), accused by Ankara of organizing a failed coup, was responsible for the assassination of the Russian ambassador in Turkey, a diplomatic source told RIA Novosti.

ANKARA (Sputnik) — On Monday, Russian Ambassador Andrey Karlov was killed by a gunman, identified as Mevlut Mert Altintas, a Turkish police officer, who was standing behind the diplomat at an art gallery exhibition opening in Ankara. The gunman was killed at the scene by the police. The Russian Foreign Ministry said it considered the attack a terrorist act.

"Our minister, who is currently in Moscow, held a telephone conversation with Kerry. Cavusoglu told him that Russia and Turkey were aware that the FETO had been behind this attack. The minister also informed Kerry about the results of the trilateral Russia-Turkey-Iran ministerial meeting on Syria in Moscow," the diplomatic source in Ankara said.