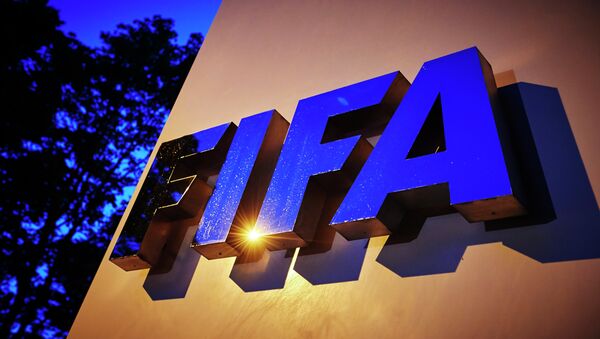 © AFP 2021 / MICHAEL BUHOLZER
Subscribe
According to reports, International Federation of Football Association fined England, Wales, Scotland and Northern Ireland for the display of remembrance poppy symbols at the games held around the Armistice Day.

The statement also referred to spectator misconduct as another reason for the fines.

FIFA rules state that no "form of advertising for… any third parties, of political, religious, commercial, personal statement, images and/or other announcements" is allowed on any equipment, including clothes.

The Armistice Day is widely celebrated on November 11 in a number of European and Commonwealth countries that participated in the World War I.

The so-called remembrance poppy was adopted across the Commonwealth of Nations shortly after the World War I as a symbol to commemorate the soldiers who died in war.

English and Scottish Football Associations have argued for a few years now that poppy is not a political symbol. In 2011, FIFA agreed that the UK players could wear armbands with poppies, but later reverted to its original stance on these flowers as political symbols.