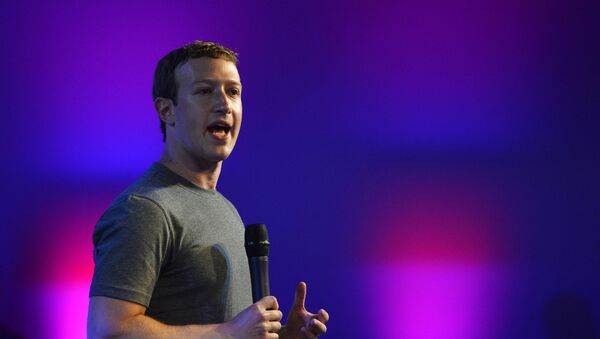 Facebook founder Mark Zuckerberg has given assurances that his social media site’s offensive against fake news will be limited to stories that are patently false, according to Media Research Center chief Brent Bozell.

"I expressed grave concern with this decision and the liberal 'fact-checking' organizations Facebook has chosen," Bozell said. "Mr. Zuckerberg assured me that his express aim is to eliminate only patently false news stories from Facebook."

Facebook announced earlier in the week that they are they are partner with third-party fact checkers in an attempt to stop fabricated stories posing as news from reputable from polluting its feed.

An often-cited example is a widely circulated story on Facebook during the US presidential campaign claiming that Pope Francis had endorsed President-elect Donald Trump.

Critics have pointed out Facebook’s selection of fact checkers, which included partisan backers of failed Democratic presidential candidate Hillary Clinton such as billionaire George Soros’ Media Matters and left-leaning news outlets such as PolitiFact and Snopes.com.

"Conservatives need to scream bloody murder about this," the Weekly Standard’s Mark Hemingway Tweeted. "These organizations cannot be trusted to be fair."

To critics, which the fact checkers are biased and distinguishing between made-up stories and ones that the news police do not agree with, is a risky proposition.

US government officials have recently suggested suppressing independent and alternative media outlets they consider "fake" all the while the corporate mainstream media has engaged in biased as well as outright false reporting and lost credibility among huge segments of US society.

Nevertheless, Bozell of the conservative Media Research Center said he would accept Zuckerberg’s pledge in good faith with the hope that his statement will be his last on the issue.