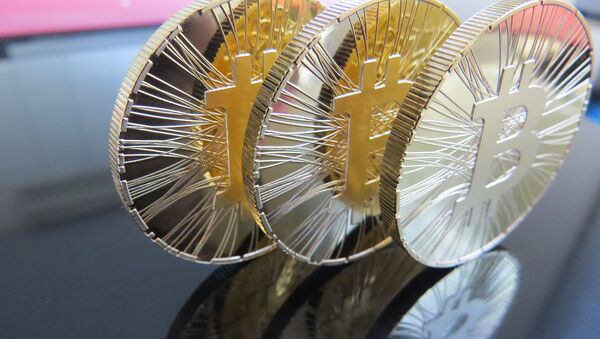 © Flickr / Antana
Subscribe
The demand for bitcoin has surged unexpectedly after INR 500 and 1,000 bills were pulled out of circulation in early November. Investors have been purchasing bitcoin at a premium price in the range of $850 to $1,030.

An increasing number of Indian investors, traders and households are seeking an alternative haven in assets like bitcoin that could protect their wealth from tightening regulations.

India May Take to Bitcoin if Currency Note Squeeze Continues
People are hesitating to convert their unaccounted money into gold reserves because the government has put restrictions on the import of gold jewellery and is keeping a strict vigil on transactions involving gold sale and purchase.

The increased trading has helped push the digital currency's value to recent highs. On Dec 9, bitcoin neared one of its highest values in 34 months. During the day, it was briefly $ 2 short of the highest value this year. Bitcoin's all time high was in December 2013.

India's bitcoin company Unicoin said the average number of daily visitors to its website has spiked to 14,000, compared to roughly 4,000 before demonetization. The company has launched an all-in-one mobile phone application that enables clients to buy, sell and manage their bitcoin assets.

Do you run a physical store in India and are you interested in accepting bitcoin? https://t.co/IikZqSojJH #IndiaBitcoin pic.twitter.com/np5MrFOozC

Another bitcoin firm Zebpay traded $11.2 million worth of bitcoin in November alone as compared to $14.8 million in all of 2015. The firm's CEO Sandeep Goenka claimed that his bitcoin exchange has added more than 50,000 new users in the wake of the demonetization drive.

Meanwhile, as more and more people are taking on to digital payment methods, Indian bitcoin exchanges are partnering with various merchants to accept bitcoin as method of payment and they say they are on the right track.

city-zen
12 December 2016, 20:28 GMT
000000
Stupid people. The fact that bitcoin is traded makes it unsuitable as money. Money is a store of value and a medium of exchange - neither trait is found in bit-CON.