Spanish Political Scientist on the Negative Impact of Soviet Breakup 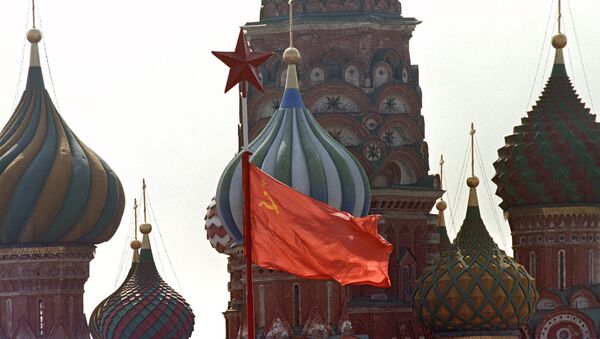 © Sputnik / Vladimir Vyatkin
/
Go to the photo bank
Subscribe
On December 8, 1991, the Belavezha Accords on the dissolution of the Soviet Union and the establishment of a Commonwealth of Independent States were signed when leaders of Belarus, the Russian Federation and Ukraine inked an agreement to create the Commonwealth of Independent States (CIS).

In an interview with Sputnik Mundo, Spanish political scientist Carlos  Martínez described the breakup of the Soviet Union as “a catastrophe on a global scale.”

“First of all, because it led to the emergence of a unipolar world and gave a bad name to the socialist idea, which had such a negative impact on people’s lives in many European countries. Above all in the former socialist countries which were now able to appreciate the ‘blessings’ of neo-liberalism,” he said.

Carlos Martínez added that the collapse of the Soviet Union was used to prove that the socialist model was simply not viable.

Over Third of Ukrainians Regret Collapse of Soviet Union
“This is not true. There were other reasons for the Soviet breakup, including the lack of civil and democratic freedoms. The breakup of the Soviet Union led to the reemergence of capitalism due to the process of deindustrialization in many Western countries as industrial production was being moved to countries with cheaper labor. As a result, we now have rampant unemployment and social stratification,” he noted.

Global security was another victim of the Soviet collapse. With the absence of an equal rival in the world, the United States became more reckless in international affairs sidelining diplomacy in favor of naked force.

“Today we have wars raging all across the globe and this is graphic proof of the so-called stability of the unipolar world led by the United States which now felt free to wage wars everywhere in pursuit of its interests, above all in energy. Iraq, Afghanistan, Libya and Syria are just a few examples of this. And still, none of these wars have been won by America,” Carlos Martínez said in conclusion.

Residents of 11 Countries Compare Life Before and After Collapse of Soviet Union
When asked if the United States had succeeded as a global leader after the collapse of the Soviet Union, only 24% of Germans, 35% of French people and 42% of Italians gave a positive response. Some 10% of French and 7% of German and 7% of Italian respondents were uncertain about their answer.

The survey was conducted by the oldest public polling company in France, Ifop, in July 2016. In all, 3,006 people over 18 countries such as France, Germany and Italy were polled. The data selection represents the population by gender, age and location. The margin of error for the data per country is +/- 3.1% at a confidence level of 95%.