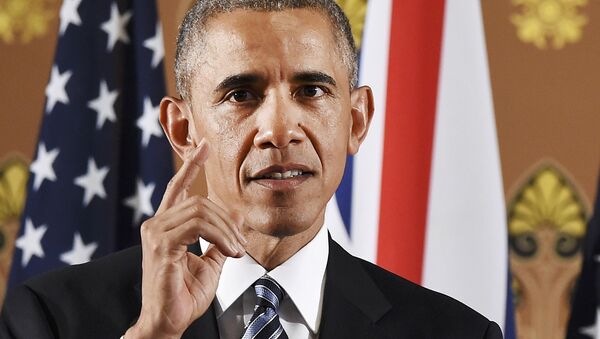 © REUTERS / Andy Rain
Subscribe
International
India
Africa
Legendary astronaut and former Senator John Glenn will be remembered as a person who has inspired Americans for his historic achievements in space, outgoing US President Barack Obama said in a statement.

"John [Glenn] always had the right stuff, inspiring generations of scientists, engineers and astronauts who will take us to Mars and beyond — not just to visit, but to stay," the release stated on Thursday.

​Obama noted that Glenn was the last surviving pilot of the America's first astronauts of the original Mercury Seven group that was announced by the National Aeronautics and Space Administration (NASA) on April 9, 1959.

Obama also praised Glenn for his exceptional service as US Marine Corps fighter pilot in World War II and the Korean War.

In 2012, Obama awarded Glen the Presidential Medal of Freedom during a ceremony in the White House. In 1978, Glenn also received a Congressional Medal of Honor.